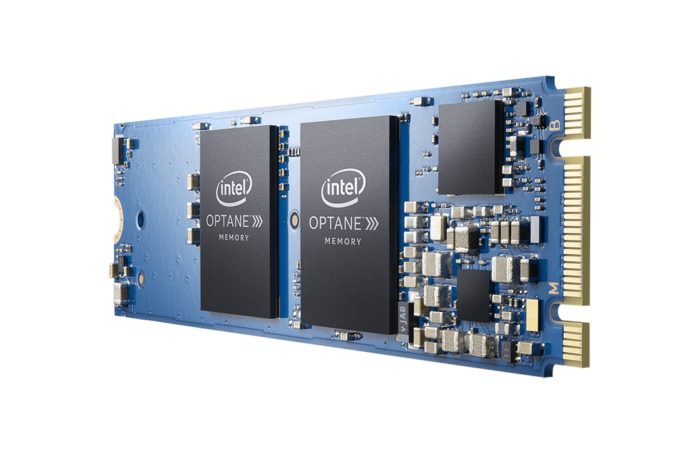 According to today’s standards, when buying a new computer, getting an SSD has become almost necessary. Solid state drives are faster and more compact. Plus, with the falling NAND prices, it is recommended to get an SSD for the boot drive at the very least. Faster storage is the only simple upgrade which can result in a noticeable increase in responsiveness and is worth every dollar spent.

With the rising number of consumers drifting towards the newer storage platform, Intel decided to jump on the SSD bandwagon in 2017. Since then Intel has released a number of products including cache drives, SSDs and even a type of memory that can apparently replace DRAM.

A lot of these fundamentally different products are branded under the same ‘Optane’ name which can cause confusion for potential customers. So let’s cut out the technical jargon and understand what each Optane device does and if it’s worth it.

The term Optane Memory refers to a caching drive that essentially ‘speeds up’ your traditional mechanical hard drive. Intel’s first Optane device for the consumer market, the Optane M10 cache drive comes in 16 or 32 gigabytes of capacity and uses Intel’s 3D XPoint memory. It is an M.2 drive that acts as an accelerator for the HDD and caches the OS boot files and the frequently used programs onto the faster memory to improve app loading times.

So the only upsides to Optane Memory are increased responsiveness and better boot and load times which can easily be countered. Due to the insanely high price of Optane, you can pick up a 500GB SSD for the price of an Optane M10 module which will offer you similar performance and a smoother experience overall.

A place where Optane memory shines is accelerating large storage. Now that Intel has enabled Optane acceleration for secondary drives, you could pair up Optane memory with a large game library and get near true SSD speeds for a few extra bucks over the large hard drive.

Another iteration of Intel Optane is the Solid state drives Intel makes just like any other ones on the market. Intel does have an edge when it comes to performance, the 3D Xpoint memory tech is far ahead of ordinary NAND Flash storage in terms of both latency and speed.

3D XPoint memory is what makes Intel’s SSDs shine in the competition with faster-than-ever load times and utmost reliability in comparison to NAND-based SSDs. It is still, very costly though and if you are a gamer looking for the best performance per dollar, it’s not for you.

Be that as it may, don’t fall for Intel’s marketing of Optane SSDs, not all Intel SSDs make use of the class-leading 3D XPoint tech. On the consumer side, only the Optane 800p, 900p, and 905p drives house the low-latency memory. All other Optane SSDs use the traditional NAND flash.

Optane H10 – The Best of Both Worlds

Just recently, Intel unveiled Optane H10, which combines both types of implementations of Optane mentioned above. Optane H10 is materially an Optane 660p SSD and Optane M10 Memory on a single M.2 drive. It combines the fast data transfer speeds of an SSD with the caching technique of Optane memory.

What this means is that instead of boosting a spinning HDD, the 3D Xpoint memory is being used to cache data from an SSD which already performs blazing fast stand-alone. This simple approach is being used to push SSDs beyond their raw operational spectrum.

The result is not only a storage drive that is faster than anything else, but there is more to the story. Real world applications of the Optane H10 drive are reflected in multi-tasking scenarios. For example, when transferring large amounts of data to or from the drive in the background, a traditional SSD would saturate and loading times would suffer.

Whereas Optane H10 will maintain stability in performance even with multiple background transfers because of the dual drive nature. A single M.2 Optane H10 drive accommodates a QLC NAND Flash SSD and a cache drive with separate 3D XPoint memory so it can handle multiple workloads simultaneously.

Members of the PC Master Race shouldn’t get any hopes up though, as Intel is only going to sell these Optane H10 drives to Laptop manufacturers with no scope or PCs anytime soon. It is still a new technology which we are excited about. It will be interesting to see how it does in more real-world use case scenarios once it’s out in the market.