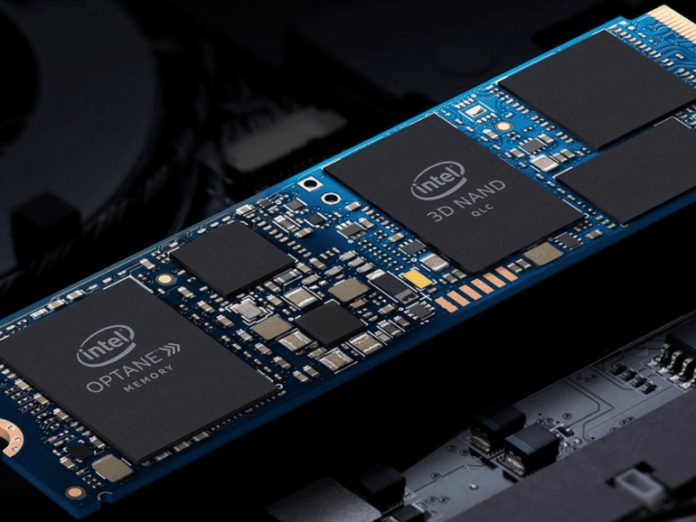 Intel has announced today that in Q2 of this year its Optane H10 SSDs will start shipping with OEM Laptops followed by a later release of Desktop variants.

We also got the entire spec sheet and turns out these new SSDs are a hybrid between Optane memory and QLC flash storage fused on a single M.2 chip to reduce the pricing since Optane memory is quite expensive but does have a speed to match.

Operating Systems will be identifying it as two separate drives both PCIe 3.0 x2 and will only work on motherboards that support PCIe bifurcation. The combination of the drives has been done using Intel’s rapid storage technology (RST) that treats the Optane part like RAM by storing frequent access data on it.

The Optane H10 consists of two SSDs (Intel 600p and 905p), both having PCIe 3.0 x2 link with a peak throughput of 2,400MB/s which comes from the RST software’s capability to simultaneously read and write from both the disks using bandwidth aggregation technique.