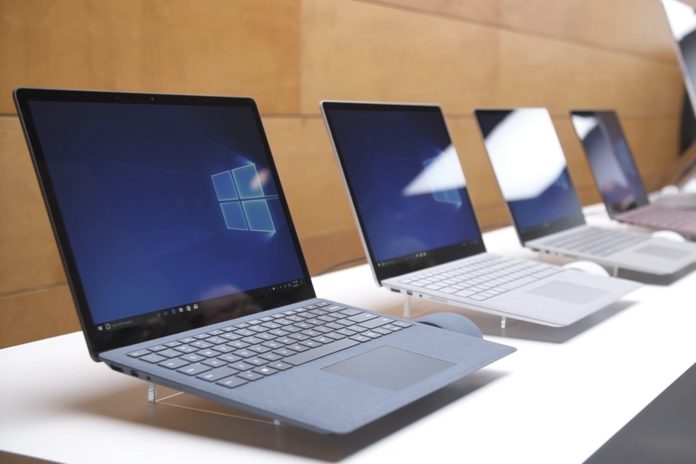 Some of the biggest players in the computer business are uniting against US President Donald Trump’s proposed tariffs on $300 billion Chinese goods. The news, as reported by Bloomberg, is that Intel, HP, Microsoft, and Dell are collectively opposing the new proposed tariff.

The companies submitted joint comments against Trump’s plan to increase the tariffs on Chinese imports. According to them, these tariffs will negatively affect the industry and the customers looking to buy computers during the holiday periods as tariff increase will lead to increased prices and will decrease customer demand.

The companies listed multiple ways in which this new tariff will cause harm to the consumers, and businesses. The statement read, “In sum, while the proposed tariffs will harm all of our customers, our most price-sensitive customers will be among the most significantly impacted.”

Talking about the harm to small and medium-sized businesses, the statement said, “There are approximately 30 million small businesses in the United States, employing nearly half of the U.S. workforce. These businesses depend on access to laptops and other computing devices to operate efficiently and remain competitive. If laptops become substantially more expensive through the imposition of Section 301 tariffs, small business owners may delay purchasing additional laptops or upgrading older devices.”

These comments were made during the Public Hearings on proposed section 301 Tariff List. These hearings will run from June 17 to June 21 and June 24 to June 25. The hearings are being held at US International Trade Commission in Washington DC.

According to Consumer Technology Association, a study suggests that these increased tariffs could lead to an increase of as much as 19 percent in the prices of laptops and tablets.

The statement is concluded by saying that the imposition of tariffs on laptops will lead to US technology companies spending less on R&D and innovation. The statement read, “In the longer term, tariffs would hinder our companies’ ability to innovate and maintain U.S. high technology leadership. Together our firms devote substantial resources to R&D, spending a collective $35 billion on R&D in 2018 alone. Much of this R&D occurs at U.S. facilities with contributions from American workers.”

It’ll be interesting to see if this joint statement from Intel, HP, Dell, and Microsoft, some of the biggest names in the business, is able to make any difference and if other companies join them in this opposition as well.

You can read the full document from here.