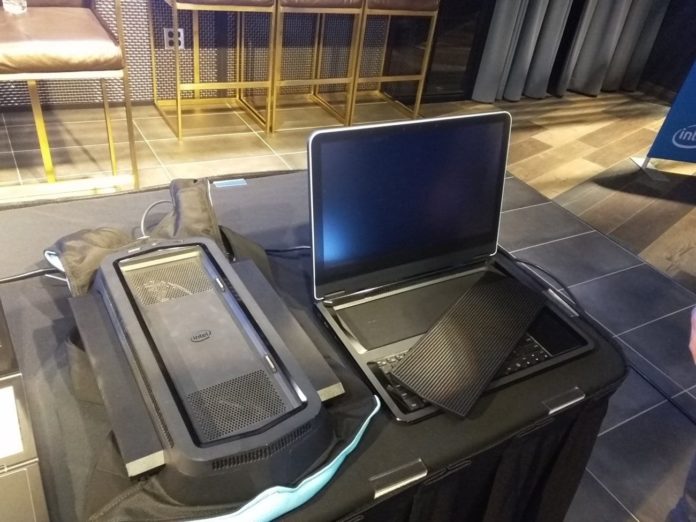 The near-future of technology is modularity. There’s no way around this: Moore’s Law is dead, as much as Intel likes to pretend it isn’t. The year-on-year pace at which transistors shrink and average performance increases have taken a nosedive the past couple of years. Intel’s been adamantly stuck on the 14nm process, with Rocket Lake expected to be their sixth consecutive processor architecture without a die shrink. While AMD’s made big inroads towards efficiency with Ryzen, 7nm Ryzen 3000 parts are only just competitive with Intel’s latest on the older 14nm process. And once we get to even smaller transistor sizes, all kinds of weirdness, like quantum tunneling, starts to show up. As of today, no one has a commercially viable answer to these problems.

So where do we go from here? Modular technology. One way to go about this is to enable architectures that allow multiple processing units to communicate with each other: we’re talking about something akin to AMD’s Infinity Fabric and Intel’s proposed CCX in the CPU space. In the GPU space, there’ve also been rumblings about how Intel Xe will use a modular design that will allow the multiple GPUs to be packed on a die and scale linearly, unlike SLI/Crossfire. This is the only way at present that we see consistent performance increases in the years to come, as we wait for quantum computing or something even more exotic to make it in the commercial space.

But increasing computational capabilities isn’t the only way to take advantage of modular design. At IEM Chicago, Intel recently showcased a modular computer concept that it called the Honeycomb Glacier. What this is is essentially a blade that incorporates a CPU, GPU, RAM and other critical components in a single package that can then be plugged in and out of a variety of different form factors, from desktops to laptops, to virtual reality setups. The possibilities here are tremendous: Instead of using a separate laptop and desktop, you could just detach the compute blade from your PC, put it in your backpack, and plug it into your laptop chasis in time for a college lecture. The idea is, in some ways, an evolution of Intel’s platform antagonistic stick, but with a tremendously higher amount of power on tap. We’re excited to see what else is possible with of modular designs. We’ll keep you posted.