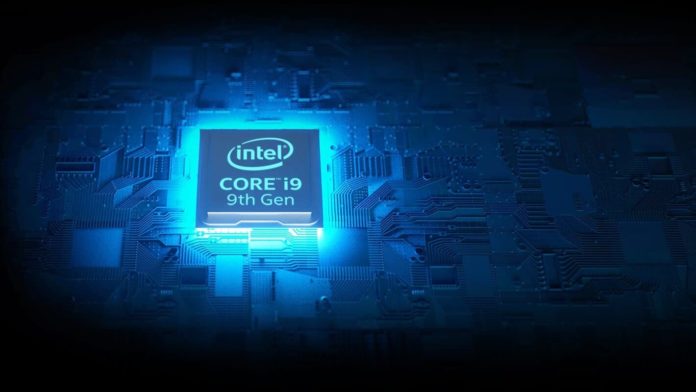 Intel’s T-series (not that T-series) models have always been about great power efficiency. They essentially bin existing SKUs at a lower TDP and lower clocks, then ship them as-is, mostly for OEM manufacturers who want to put decent-performing, low-profile parts into constrained custom builds. Today, the folks over at the forum of Comptoir Hardware–a French hardware enthusiast site, pointed out how the Intel Core i9-9900T compares to its higher-power peers and the 3rd Gen Ryzen competition. The results are, in a way, both interesting yet also exactly what we’d expected.

What exactly is the Core i9-9900T’s configuration? We’ll start with that. This is essentially a downclocked variant of the Core i9-9900K, with an accompanying reduction in TDP. This is a 35W part, which is very impressive for a processor with 8 cores and 16 threads, much less one built on the 14nm process. It can boost up to 4.4 GHz, but base clocks are at 2.1 GHz. This is notably lower than either the Ryzen competition or comparable Coffee Lake parts. As such, any gains in performance over the competition would be largely down to multithreaded performance and IPC.

According to Comptoir Hardware, the i9-9900T performs well, but not great. In CPU benchmarks, it’s surprisingly not too far from the Core i7-9700K, which is much higher clocked. It also edges out older Ryzen competition from the 1000 and 2000 series. It’s no match for 3rd gen Ryzen parts like the 3600, though. In gaming though, the 9900T is more than adequate to provide a 60-plus FPS experience across the board. It delivers performance here that, depending on the title, is a bit better than or a bit worse than 3rd-gen Ryzen parts.

There is a pretty major caveat here, though. Intel’s TDP figures have, for the past while, differed from actual consumption. Intel guarantees that 35W figure only when the 9900T is running at 2.1 GHz. While it may not boost as high as an unshackled 9900K, the T will have an all-over boost that’s at least in the upper 3 GHz range. This would put effective power consumption in the 50-60W range. From that perspective, 3rd-gen Ryzen on the 7nm process is still more efficient. At 65W, you get parts that boost up to 4 GHz and beyond, while delivering better performance than the 9900K. But for people looking for an efficient, relatively low-power Intel processor, this is a great option.