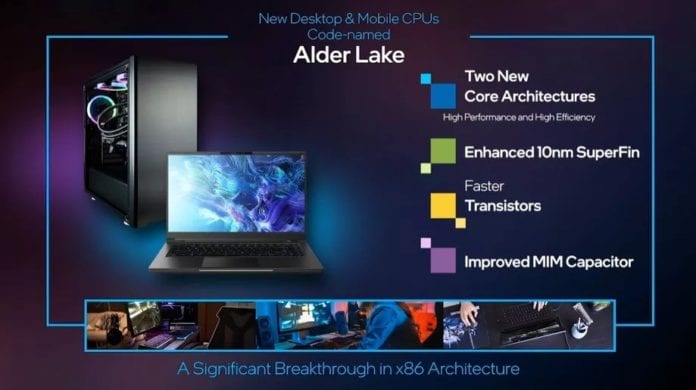 CES 2021 is underway, and Intel has just played it out of the park with the newly announced Alder Lake chips. The newly announced chips take inspiration from Apple’s latest Apple M1 chip. Here’s everything you need to know about the latest chip launched by Intel.

The chips are ‘still’ based on the old x86 architecture, but Intel says that the company has achieved a ‘significant breakthrough’ with Alder Lake. The newly announced chips integrate a similar design to those of Apple Silicon, combining both high-performance and high-efficiency cores in a single package. Intel’s approach is pretty similar to ARM’s BIG.little architecture.

The chips are, more or less, similar to the chips announced last year – Lake Field. But, Lake Field was more focused on mobile devices, instead, Intel says that Alder Lake chips will help serve as the foundation for future desktop and mobile processors. The chips will combine the high-power of “Golden Lake” cores and new power efficient “Gracemont” cores.

The company claims that the laptops, and computers, equipped with this chip will be “most power-scalable system-on-chip.” First laptops and PCs with these chips are expected to launch in the fall of 20201.

At the time when the industry is trying to move from x86, the announcement from Intel is a direct take on Apple and the ARM industry as a whole. Combining ARM’s architecture to the good old x86 chips might be a big win for Intel, but time will only tell of the company will succeeed.