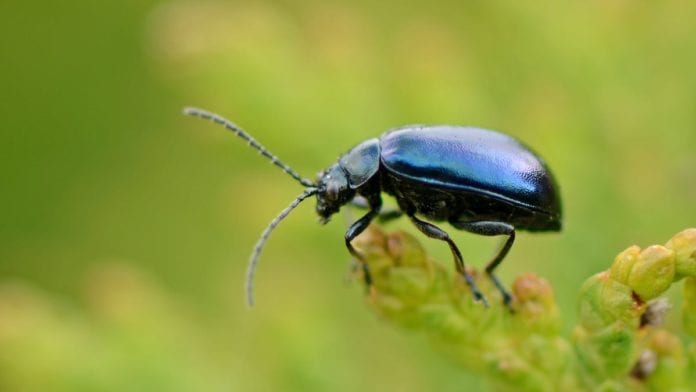 Insects are some of the most fascinating creatures on Earth. Everything from their biology to their behavior is unique as compared to the rest of the creatures on the planet, and it rightfully attracts the attention of researchers who study the process of evolution and how it forms the different environments that we live in. In a new revelation related to the field, scientists have discovered that insect wings might have evolved from the legs of an ancient, flightless crustacean. This is a startling conclusion that has surprised many people.

While they have very little resemblance on the surface, the crustaceans of today have many physical attributes that might indicate a close evolutionary relationship with insects. The strong outer shell and segmented joints have led the modern crabs, lobsters, and shrimp to be called the sea’s bugs. The current estimates say that the first insects might have emerged from aquatic lifeforms around 480 million years ago. Those aquatic lifeforms were probably crustaceans, and later on, their descendants would evolve even further to develop wings that allowed them to fly like birds. This means that the oldest insects were there even before birds and bats.

Many competing theories aim to explain the rise of wings in insects. One of them suggests that they are a result of a random change in buds of tissue during the development phase. Other theories suggest that they arose from existing structures probably prompted by the shift from water to land. Researchers have been trying to find structures in crustaceans that are likely to evolve into wings; earlier, gills were a prime candidate. Some of them look like wings as is, but the new studies suggested something radically different.

One study uses genetics to show that a gene network similar to the one operating in wings is also present in the crustacean body armor and the segment of leg closest to its body. Another study knocked out certain genes and tried to compare how the six-leg segments on a fruit fly line up with the eight leg segments on P. hawaiensis. While the existing ones matched neatly, the question is, where did the last two go? The answer was found in the development stage of insects, where the researchers noticed that the embryo does form two extra legs, but they fuse with the body wall during the later stages.

Further research into this revealed that after the fusion, the little lobes on the legs moved onto the back due to evolution and formed the wings. The second study found some genomic and embryonic data to support this as well. While this may be a great achievement, both the studies mentioned here, do not agree on everything, and it will probably take some time before they can agree on one theory that explains the origins of the wings of insects.