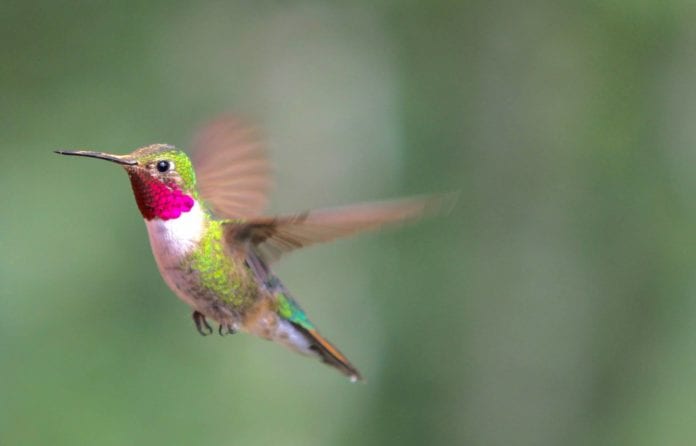 Hummingbirds are creatures that are just as fascinating as the diverse ecological system they are part of. These little birds are best known for their hyper-activity that produces their signature sound, after which they have been named as well. There are many species of hummingbirds.

Some of them are beautifully coloured. All of them drink the nectar from flowers to sustain themselves. They are also a nutritious snack for some predators, including domestic and feral cats and even some large insects such as praying mantises and some spiders.

New research has shed some light on what Hummingbirds do when they are not zipping around with their usual pomp. The researchers found that the birds can enter a chilled-out state called torpor. They generally enter this state at night to presumably relax.

They can dramatically lower their body temperature. The researchers have observed that under some circumstances, these tiny birds can bring their bodies to near-freezing temperatures. This new research provides insight into how these magnificent creatures live and function, which could also lead to some other important discoveries.

The research focused on hummingbirds living in the Andes. Further investigation has revealed that the Hummingbirds achieve their astoundingly low body temperatures by thermoregulating themselves. They carefully do this to enter a state where their metabolism slows down dramatically, and their body temperature drops to near freezing levels. The study observed Hummingbirds from two dozen species.

During the study, all the birds entered this state of Torpor. The duration of this state varied across species and individual birds. It could last anywhere from 5 to 10 hours. Another result of this experiment was that researchers revealed that birds that entered the state of Torpor for longer periods maintained their body mass for longer.

This state of Torpor is almost exactly like the processes involved when animals enter a state of hibernation. When in this state, the birds appeared lifeless. The researchers have stated that you might not be able to tell whether the bird was alive or not if you were to see one in this state.

The main difference between Torpor and Hibernation is that Torpor is managed on a very tight schedule. The internal clocks that these birds possess have been able to wake them up in time, ensuring a return to their usual selves at sunrise.

This discovery could lead to some interesting research into how some animals can control their metabolism and body temperature to this extent. If we could find a wat for humans to do the same, it would make space that much easier.