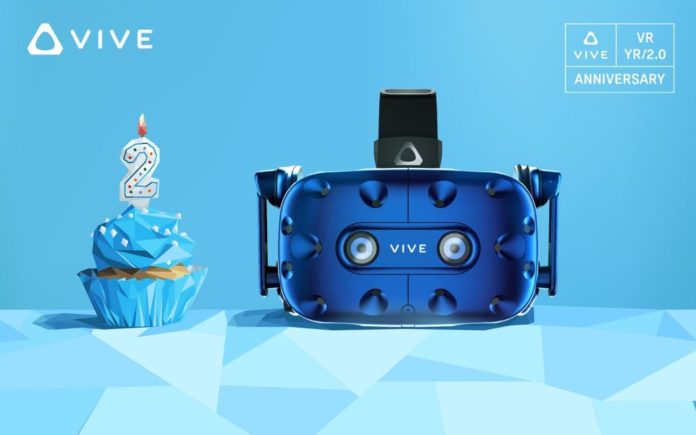 HTC, which was once a dominant force in the smartphone industry, has comfortably spread its legs in the Virtual Reality (VR) space thanks to the Viveport service and plans to lead the market with the Viveport Unlimited further, starting from April 2nd. The services will be offered to the , Oculus VR Headsets and any other “standalone” headsets which are built on its “Wave” platform.

Dubbed as the “Netflix for VR”, the service will provide the users unlimited and unrestricted access to its library of 600 apps and games, along with additional benefits such as an exclusive, reconditioned Viveport Video application. A monthly subscription will be charged at $12.99/month whereas the annual subscription would be at $99/year, which is not an economical experience. However, what is hindering VR from popularity in recent years, has not been because of the price, pointed out by Oculus founder, Palmer Luckey. You could give a Rift+PC to every single person in the developed world for free, and the vast majority would cease to use it in a matter of weeks or months”, says Luckey in a blog post.

With that being said, it is going to be a huge decision for anyone who wants to pay the $499 price-tag that hangs with it, but the expansion of the services to Oculus headsets such as the Rift, it will cover a broader range of customers and VR enthusiasts. This facility first began with the launching of the HTC Vive VR Headset way back in 2016. Even though it was compelling for users to get a “Netflix-like” experience on the surface, the one hiccup that every user faced was the limitation of using only a maximum of five games a month from a library of over 600.

This announcement at CES 2019 comes after technological giants such as Amazon, Apple and Google expressed interests to offer similar services. The company has also introduced a new developer-friendly 80-20 share in revenue.