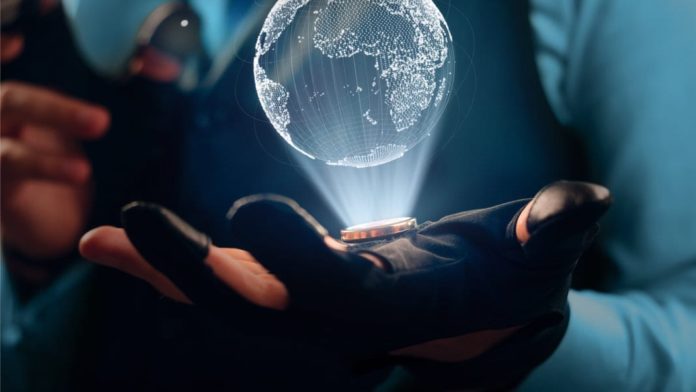 This article isn’t real. It is a work of your imagination. This experience is being “fed” to you by a holographic device which is in your head, quite literally so (just kidding). A paper submitted by scientists in October last year on Precise multimodal optical control of neural ensemble activity finally got published recently this year. English, you say? This literally translates into putting a holographic device in your brain which can distort reality, just like in “The Matrix” series! Researchers from University of California Berkeley announced this futuristic concept to the world recently, where they revealed a holographic device that can simulate false sensations in the brain which would cause us to interpret reality in a completely different way.

The working principle of the holographic device

We must understand that every function in our body is carried out by some protein. There’s a protein for digesting that huge hamburger you ate for lunch and a protein for deciding whether you’ll be a redhead. However, the protein of our interest here is a photoreceptor protein – the protein responsible for detecting light. The idea proposed by the scientists involves placing the gene that produces this protein into specific cells of the body. After this is done, researchers can use specific light to change how the cells behave. Quite a lot of genius there, ain’t it?

How was it done?

This was tested in the brains of mice. Each of the 2,000 to 3,000 neurons in the chunk of the brain (somatosensory cortex, for the brighter ones of us) was outfitted with a protein that, when hit by a flash of light, turns the cell on to create a brief spike of activity. The major breakthrough here was finding a way to target each cell individually without hitting all at once. The problem here was that each neuron being thinner than human hair, couldn’t be targeted individually. Scientists thus, turned to 3-D holography. Computer generated holography bends and focuses light to create a 3-D pattern. This precision technique was able to pinpoint to one neuron at a time. They could do this 300 times a second with different sets of neurons. UC Berkeley even uploaded a video on YouTube explaining the phenomena. Here’s the original paper for further reading.

What this means for all of us:

As scientists improve their technology, they plan to start capturing real patterns of activity in the cortex in order to learn how to reproduce sensations and perceptions to play back through their holographic system. The team hopes to create a device that can constantly read activity in the brain and use that to decide which neurons to activate in order to simulate a desired brain response. This is literally talking to the brain in its own language. Owing to this fact, it will now be easy to replace lost sensations after nerve damage.

A few years ago, this wouldn’t have been possible since such techniques weren’t considered suitable for humans. Fast forward to today, and optogenetics is already being put to test on real, breathing humans.

Michio Kaku had once said “What we usually consider impossible are simply engineering problems … there’s no law of physics preventing them.” This is a real testimony to the fact. Hats off, mankind!