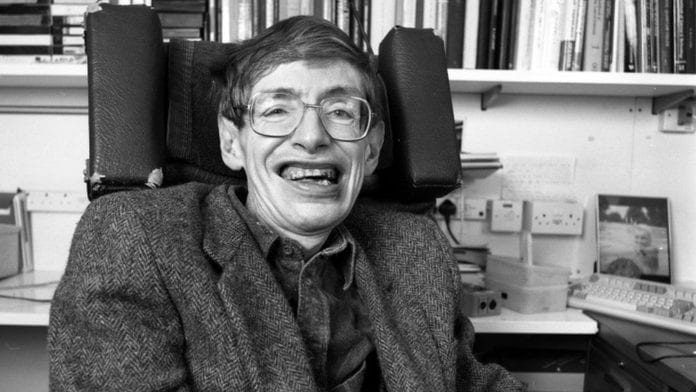 According to Stephen Hawking’s black hole theorem, first proposed in 1971, the total area of the black hole event horizon can never go down or at least as big as the total area of both precursor black holes. Although his area theorem worked out mathematically, scientists didn’t find any way to observe it against nature, until now, with LIGO’s first detection of gravitational waves.

Fifty years later, physicists at MIT and elsewhere have now confirmed Hawking’s black hole theorem for the first time, taking the help of observations of gravitational waves. Their results appear in Physical Review Letters. The team of researchers, led by MIT fellow Maximiliano Isi, reconsidered the first signal, to see if they could get proof for the area theorem.

In the study, they took a closer look at GW150914, the first gravitational wave signal detected by the Laser Interferometer Gravitational-wave Observatory (LIGO). When LIGO first started out, they didn’t have the capability or resources to tease out event horizon measurements, but things have advanced tremendously over the last few years. They began scanning the heavens for signs of gravitational waves way back in 2015.

GW150914 is the first gravitational wave signal spotted by LIGO, which resulted from the collision of two black holes that generated a new baby black hole with ample amounts of energy that rippled across space-time as gravitational waves. Scientists reanalyzed the signal from GW150914 before and after the cosmic collision and came to the conclusion that the total event horizon area did not decrease after the merger.

Maximiliano Isi led the study and is a NASA Einstein Postdoctoral Fellow in MIT’s Kavli Institute for Astrophysics and Space Research, and his colleague developed a technique to extract the reverberations immediately following GW150914’s peak — the moment when the two-parent black holes collided to create a new black hole. Using new techniques, they were able to pick out specific frequencies, or tones of the otherwise noisy aftermath of the collision, which they could make use of to calculate the final object’s mass and spin before they merged.

“It all started with Hawking’s black hole theorem that the total horizon area in black holes can never go down. The area law encapsulates a golden age in the ’70s where all these insights were being produced” says Isi.

In this way, the physicists reanalyzed the signal from GW150914 before and after the cosmic collision and found that the total event horizon area actually did not decrease after the merger. With a larger event horizon, GW150914 has finally confirmed the Hawking area theorem.

Isi said, “The data show with overwhelming confidence that the horizon area increased after the merger, and that the area law is satisfied with very high probability. It was a relief that our result does agree with the paradigm that we expect, and does confirm our understanding of these complicated black hole mergers.”

The team’s findings mark the first direct observational confirmation of Hawking’s black hole theorem, which has indeed been proven mathematically but never examined in nature until now. The team is motivated to test future gravitational wave signals to determine if they might further confirm Hawking’s black hole theorem or be a bearer of new law-bending physics. The team plans to further test other persistent theories of black hole mechanics, with the help of the data derived from LIGO and Virgo, its counterpart in Italy.