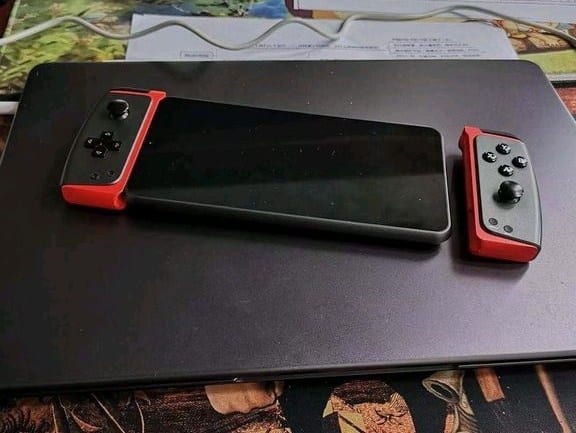 More gaming tablets, anyone? I owned an HP iPAQ back in 2004, way, way, way before tablets were mainstream. It ran Quake 2 at 8 FPS. Thanks to the Switch, though, gaming tablets have been having a bit of a renaissance of late.

The Smach Z is well on its way to release and now features a Ryzen APU that could conceivably run current-gen AAA titles at playable framerates. Meanwhile, GPD has been quietly releasing its GPD-WIN line of mini-gaming tablets over the past few years. These have featured Intel processors with integrated graphics, something that’d only take you so. Nevertheless, the newer GPD-WIN models could run the likes of Skyrim at more or less playable framerates.

GPD’s now teasing a new tablet device that features detachable controllers on both sides. The device looks suspiciously similar to the Nintendo Switch: it’s a large screen with two chunky controller halves on either side.

While I can understand GPD wanting to capitalize on the Switch’s immediately recognizable profile, the decision to opt for a Switch-like interface could potentially be to this new device’s detriment. GPD-Win devices were special because they featured a full (mini) keyboard. This allowed you to use them as a full-fledged Windows computer, too. I have no idea how GPD plans to squeeze that kind of functionality into the area of a Switch controller. Further details about this device (what processor it features, display quality and whatnot) have yet to be released. We’ll keep you posted, though.