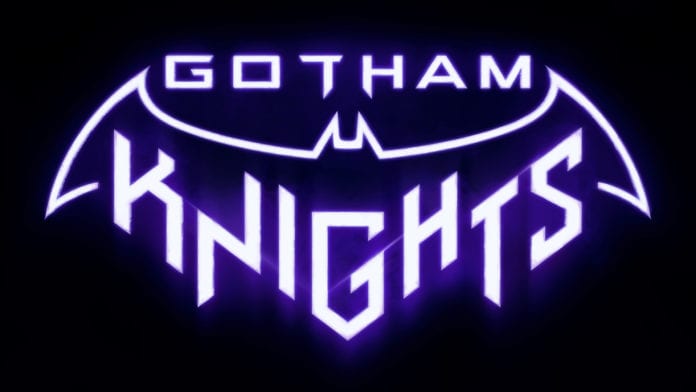 The wait of many gamers and DC fans around the world finally ended when Gotham Knights was finally revealed two days ago. The new game which was constantly teased by Warner Brothers on various social media platforms for years looks interesting, although slightly concerning taking the co-op factor in mind.

Gotham Knights focus on the story of the Bat-Family following the apparent death of Bruce Wayne. Although many details weren’t revealed during the launch of the game, the developers from Warner Brother Games Montrèal did tell fans that the upcoming game will be a single-player/co-op game in which the players can control different members of the Bat-Family. This game is clearly a new direction in the Batman games series since most of them focused on The Batman himself and gave very little space to any other characters in the game.

Gotham Knights is developed by Warner Brothers Games Montrèal. They’re known for developing Batman: Arkham Origins which was set in the Batman Arkham Universe. This new game, however, will not be a part of the Arkham Franchise and is a separate entity entirely. The story of the game follows the adventures of the Bat-Family to protect the City of Gotham which is over-run by criminals after the death of Police Commissioner Jim Gordon and the apparent death of billionaire, philanthropist Bruce Wayne aka Batman. The game will feature key characters of the Bat-Family: Dick Grayson as Nightwing, Tim Drake as Robin, Jason Todd as The Red Hood, and Barbara Gordon as the Batgirl. The game also features several supporting characters such as Alfred Pennyworth, Bruce Wayne’s partner and Butler and Police Captain Reene Montoya.

Players can select any one of the 4 titular members of the Bat-Family at one time and play the game. Every character has their own fighting style and weapons which the player would get to experience. As the player would proceed into the game it gets to meet several villains of the Gotham City. The trailer of the game featured villains like Mr. Freeze and also teased the Court of Owls at the end. It is an open-world game where the player explores all of Gotham City with their base of operations being the Belfry, left to the Bat-Family by Wayne before his death. Fleur Marty, Senior Producer, WB Games Montrèal said that the Belfry would be a very important location in Gotham City throughout the game. Without giving away many details Fleur gives us a hint at the end of the panel by saying that the mystery in Gotham would much greater than the just the Court of Owls implicating that there is a larger plot at hand. The game as of now is shrouded in mystery to keep the fans at the edge of their seats as they wait for more details about the game.

Gameplay Mechanics – A Dash of New and Old

To give the fans what they wanted and more the DC Fandome panel for the Gotham Knights game also released exclusive gameplay footage along with the trailer. The gameplay was is of a mid-way mission of the Mr. Freeze story-line and features Batgirl and Robin. The in-engine gameplay was captured from the recent pre-alpha build. Although the game is still in just the pre-alpha phase, the gameplay footage is an absolute delight to watch.

The gameplay starts off with Batgirl driving the Batcycle through the streets of Gotham towards a brewing storm caused by Mr. Freeze. The introduction of the Batcycle is also one of the most interesting parts of the game as the player would use it to drive around and explore the open-world of Gotham City. It is also worth mentioning that it will be a single-player game with a two-player co-op mode. In the gameplay, Barbara is joined by Robin on her quest to take down Mr.Freeze. Patrik Reddings, Creative Director, Warner Brother Games Montrèal said that the co-op play is one of the core ideas behind the development of the game. He added by saying that the thrill of a super-hero team could only be delivered by the co-op feature.

Co-op games have seen a rise in numbers in recent times and this is the first time they are being introduced to the Batman games. Players can easily tag-along their teammates and then drop-out without affecting the storyline. The gameplay features Batgirl as she tags along with Robin to defeat several of Mr. Freeze’s goons by using classical takedown techniques that are featured in main-stream Batman games. Players can use a series of weapons depending on the character such as grapple hooks and Batarangs along with the classical Escrima Sticks found with Nightwing and Batgirl. Robin uses his classic bo staff and for Red Hood his pair of Jericho guns.

All of the players use their classic weapons as they use in the comics. Each character has their own unique playing style and abilities. The skills and weapons can be upgraded as they move forward in the game. However, the villains will also get upgraded as the players become more and more powerful to present a challenge for the players. The trailer of the game hinted of each player has certain special abilities such as Nightwing having a cloak/stealth mode which makes him invisible, Batgirl equipped with Electro-Batarangs, and Robin having the ability to teleport to different rooftops using the Justice League satellite. On the visual side, the game is not coming out on next-gen consoles at launch, so it still looks about the same as Arkham Knight, if not worse.

With everything considered, Gotham Knights is going to be a new experience for Batman game lovers, for better or worse. Gotham Knights is set to be released in 2021 on PC, PS4, PS5, Xbox One, and Xbox Series X.