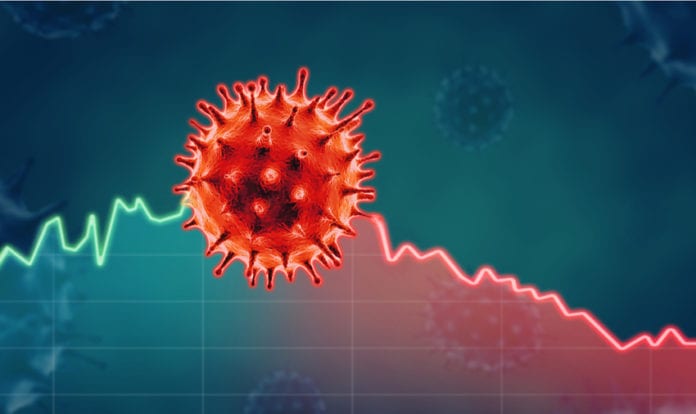 The world is in a phase of recession. Economic damage is mounting across all countries. Cases are increasing sharply with new infections and confinement measure put into place by governments. “The Great Lockdown” has brought much of the global economic activity to a halt, hurting businesses and causing people to lose their jobs.

The unprecedented nature of this health crisis and the uncertainty around its precise economic impact give us a wide range of possibilities pertaining to the predicted decline. WTO economists believe that the decline will likely exceed the trade slump brought on by the global financial crisis of 2008‑09. They also suggest that recovery by 2021 is uncertain and outcomes depend largely on the duration of the outbreak and the effectiveness of the policy responses.

China was the first country to experience the full force of the disease. It had over 60,000 cases by mid-February. Countries such as Italy, United States, Spain, and France are now in the acute phases of the pandemic. In many emerging markets and developing economies, the pandemic appears to have just begun.

A rise in unemployment:

The lockdown has led to an uncontrolled loss of jobs. Large companies across various sectors – media, aviation, retail, hospitality, automobiles – have announced massive layoffs in recent weeks. Experts predict that many small and medium businesses are likely to shut shop altogether resulting in economic decline. However, economists suggest that the worse is yet to come if such a situation continues.

Another bad year for trade:

Global trade is expected to be weighed down even further. The World Trade Organization, in its latest forecast this month, stated that the global trade volume could plummet by 12.9% or 31.9% this year — depending on the trajectory of the global economy. “Under both scenarios, all regions will suffer double-digit declines in exports and imports in 2020,” the WTO said.

The services industry is a major source of growth and employment for many countries, including the U.S. and China. Both countries reported sharp declines in retail sales as lockdown measures during the pandemic forced many stores to shut and kept consumers at home. A surge in online sales reported by some retailers, such as Amazon, failed to stem the overall fall.

Manufacturers have come under pressure due to the outbreak. The COVID-19 outbreak could cause global FDI (Foreign Direct Investment) to shrink by 5-15%, due to the downfall in the manufacturing sector coupled with factory shutdowns. The negative effects of COVID-19 on FDI investments have targeted the automobile, airline and energy industries. The manufacturers of the automobiles, chemicals, electronics, and aircraft are facing concerns regarding the availability of raw material.

The International Monetary Fund expects the global economy to shrink by 3 per cent. This is twice as large as the decline expected in April and would be twice as severe as the 2009 crisis. Only a handful of economies — such as China and India— are expected to grow in 2020, IMF said.

To overcome this pandemic, we need a global, coordinated health and economic policy effort. The IMF—in collaboration with other partners is trying its best to ensure rapid support. It is providing emergency financing, policy advice, and technical assistance to the impacted countries.