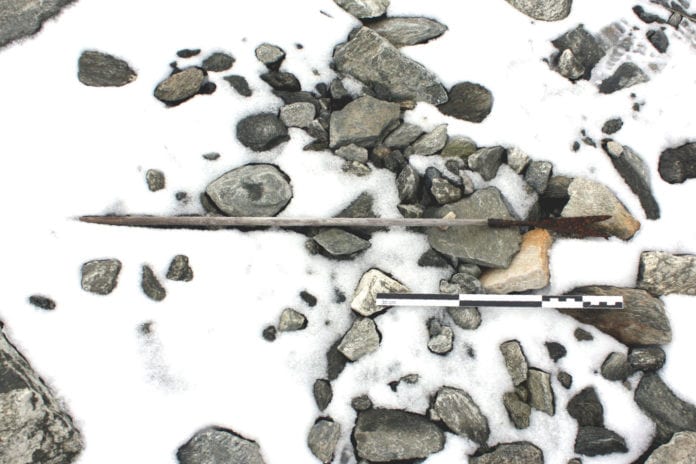 Glaciers are the most important source of fresh water in the world. Littered across the globe, these huge deposits of slowly shifting ice provide drinking water to the majority of the world’s population. As the average global temperatures continue to rise, the glaciers are melting at an unprecedented pace. The global ice storehouses are shedding weight very fast, which is unparalleled in modern history. However, this phenomenon has brought to light something that we did not even know existed. The melting glaciers have uncovered ancient artifacts that otherwise would have remained buried under the ice.

Researchers have deduced from the recently emerged artifacts that ancient hunters and gatherers traveled across the Alpine glacier to search for precious rocks that could be used to craft the tools they needed to survive. The approximate period when all this took place is estimated to be about some 9,500 years ago in the Mesolithic era. Similar revelations in other parts of the world have given rise to a brand new field of research known as glacier archaeology. By the most recent estimates, researchers think that 95 percent of all the glaciers in the world could disappear by the end of this century.

Researchers worldwide have acknowledged that this human-made devastation has opened up unprecedented opportunities to study the ancient lifestyle of the mountain wandering humans. The new studies conducted in this field have helped overturn a previously held misconception that the prehistoric humans used to stay away from big mountains such as the Alps as new discoveries suggest that these places have had many human visitors. The prehistoric humans probably travelled through these mountains to get to nearby valleys and search for raw materials. The new evidence has proved that people back then were going up to 3,000 meters in altitude to look for various things.

There have been multiple locations where multiple artifacts have been found, including a case for arrows, leather trousers and shoes, and other hundreds of objects. These findings are extremely useful for the researchers as the ice can preserve organic materials otherwise lost to erosion and other natural phenomena in a normal excavation. The process of finding these artifacts is highly unreliable as the researchers cannot wait for the ice to melt and the artifacts to emerge. This is why they depend on hikers to inform them of any unusual things lying about at such glaciers.

This new area of research promises to help grow our understanding of our ancestor’s lifetstyle many-fold; however, the cost at which we are making these discoveries is extremely high.