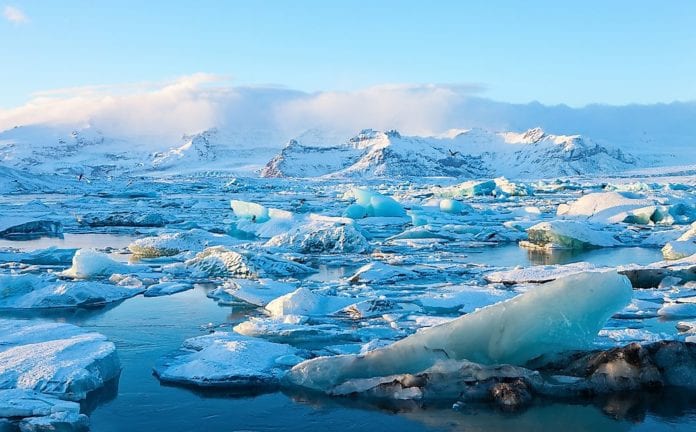 A glacier burst triggered huge flooding in Uttarakhand’s Chamoli last Sunday that caused large-scale devastation in the realms of the ecologically fragile Himalayas. The flooding occurred when a chunk of the Nanda Devi glacier broke at Joshimath in Uttarakhand’s Chamoli district and affected thousands residing near Alaknanda and Dhauliganga rivers. It brought back haunting memories of the 2013 Kedarnath calamity for a lot of people. The avalanche brought with it muck and debris in the river, damaging the nearby Rishiganga and NTPC power plants.

Authorities announced the death of over 100 labourers working in the power plant and around 150 labourers at a power project in Tapovan-Reni were reported missing. The power project was entirely washed out and houses along the way were swept away. A total of five NDRF teams – one from Dehradun and four from Delhi were sent for the rescue operation. The army sent six columns, each with a 100 soldiers and Advanced Light Helicopter (ALH) and two Cheetah helicopters were also mobilized.

What is a glacial outburst?

Glaciers are large bodies of ice moving at a slow pace. When glaciers start melting, the water in glacial lakes accumulates behind natural “glacial or moraine dams” composed of ice, sand, and pebbles. A GLOF (Glacial lake outburst floods) refers to the flooding that occurs from an unstable natural dam, which results in the water behind the moraine to release suddenly. GLOFs involve sudden releases of water and can often last for hours to days. The moraine-dammed lakes might crumble under pressure from glacier retreats, ultimately leading to massive floods.

According to experts, glacial lakes hold millions to hundreds of millions of cubic meters of water and the Hindu Kush Himalaya has given rise to the formation of numerous new glacial lakes over the period. The glacial outbursts are also related to global warming and can get triggered due to erosion, an earthquake, or volcanic eruptions.

Why did the glacier burst?

The Nanda Devi glacier forms part of the second-highest mountain (just after Kangchenjunga) in India. In fact, it is the highest mountain located entirely within the country as Kangchenjunga is situated on the India and Nepal border. It’s not yet known what triggered the Nanda Devi glacier to snap but Seismic activity and a rise of water pressure often cause glaciers to burst.

Higher temperatures and less snowfall can speed up melting, thereby contributing to the rise of water levels dangerously. As a matter of fact, due to climate change and global warming, most of the glaciers around the world are shrinking away rapidly.

Apart from specialized forces such as NDRF and the Army, NDMA has focused on the need of the hour, which is well trained local manpower. It has been observed that most of the search and rescue is carried out by the local community before the intervention of the state machinery and rescue teams. It is therefore essential to set up trained and equipped teams comprising local people, especially in GLOF regions.

Local teams like such can also accompany other teams in planning and setting up emergency shelters for managing relief package distributions, locating missing people, and organising services for basic needs like food, medicine and water supply. “Besides classic alarming infrastructure that consists of alarms and sirens, use of modern communication technology using smartphones can complement or even replace traditional alarming infrastructure,” NDMA further added.

According to the NDMA, glacial retreat due to climate change occurs globally but potentially dangerous lakes need to be identified on field observations accompanied with records of past happenings, geomorphologic characteristics of the lake and other physical conditions. Since glaciers in the Himalayas are in a retreating phase, glacial lakes are a threat to downstream infrastructure. The NDMA also recommends reducing the volume of water with controlled breaching, pumping out water, or tunnelling through the moraine barrier and the like.