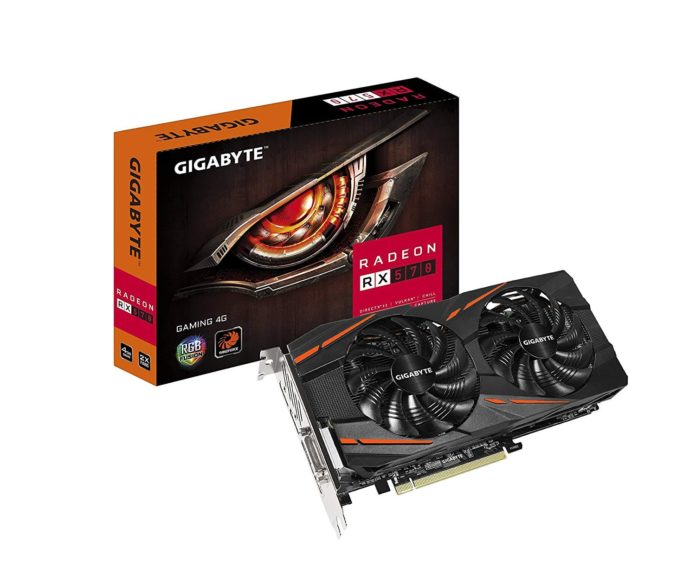 More third-party AMD Radeon RX 5700 XT models are on their way. According to this Amazon listing, the Gigabyte Radeon RX 5700XT Gaming OC will retail for $419.99. The card’s temporarily out of stock but you should be seeing more units available for purchase in the near future.

At this price point, the RX 5700 XT is actually a fairly compelling product: it’s only $20 more than the reference board. We’re looking at a triple fan Windforce 3X design here, similar to Gigabyte’s earlier G1 Gaming board. Temps on those are quite reasonable and a significant step up from reference cards. The card isn’t exactly compact though. At 279.4mm long, you’ll need ample cabinet space to actually make use of it.

As we’ve emphasized several times here, the only thing AMD’s Navi based Radeon RX 5700XT needs to be truly competitive with the NVIDIA Super lineup is a good cooling solution. Earlier fears that AIB boards would cost significantly more seem to have abated now. A $20 premium is a small price to pay for what’s likely a very significant boost to performance. Considering just how poor reference RX 5700 XT temps were (and how the whole “Game Clock/Boost Clock” terminology was just AMD saying “it throttles hard), AIB RX 5700 and 5700 XT variants should conceivably offer almost as much a performance increase over reference models as the Super series offers over first-gen RTX parts.

We’ve yet to actually test out AIB 5700XT but things are certainly looking brighter for Navi. Problematic Indian pricing could throw a spanner in the works. A $20 hike for AIB parts is worthwhile, but if we’re looking at a price tag of Rs. 37,000 to 39,000, the GeForce RTX 2070 Super would still be a better purchase. We’ll let you know how things pan out.