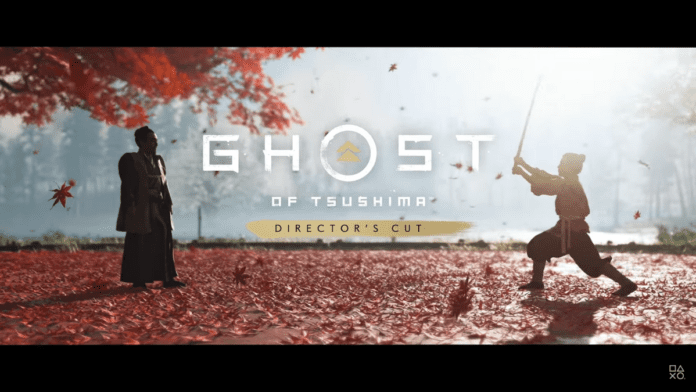 Ghost of Tsushima is back on the menu, as a Director’s cut version was announced for the critically and commercially successful game earlier today. It comes out on the 20th of August.

Ghost of Tsushima was developed by Sucker Punch Productions and published by Sony Interactive Entertainment as one of the final exclusives for the previous generation of consoles. The game was universally lauded for the art and gameplay, as well as the graphics.

The Director’s cut version of the game is going to have support for various PS5 features, such as Dynamic 4K resolution targeting 60 FPS, Haptic Feedback, Adaptive triggers, as well as lip-sync for the Japanese dialogue, a feature that is curiously still missing from the PS4 version, as well as the original release.

Some new content is also being added to the Base Game on the PS4, as the legends Co-op multiplayer mode and the Island of Iki expansion are both announced for the Director’s Cut on the PS4. Iki Island seems to be the DLC that has long been rumoured for the series.

Ghost of Tsushima Director’s Cut comes before the announcement of the rumoured Sony Playstation Games showcase. The game was supposed to be in the lineup of games to be announced during that showcase, and it being announced right now could cast doubts on the existence of the showcase. However, it could still mean that there were too many games to premier during the showcase, and thus there wasn’t space for Ghost of Tsushima.

It remains to be seen if the rumours of the PSX event do, in fact, come to fruition, but the release of Ghost of Tsushima does seem to be set in stone for now. You can order the PS5 version for 70$ and the PS4 version for 60$ here. The game comes out on August 20.