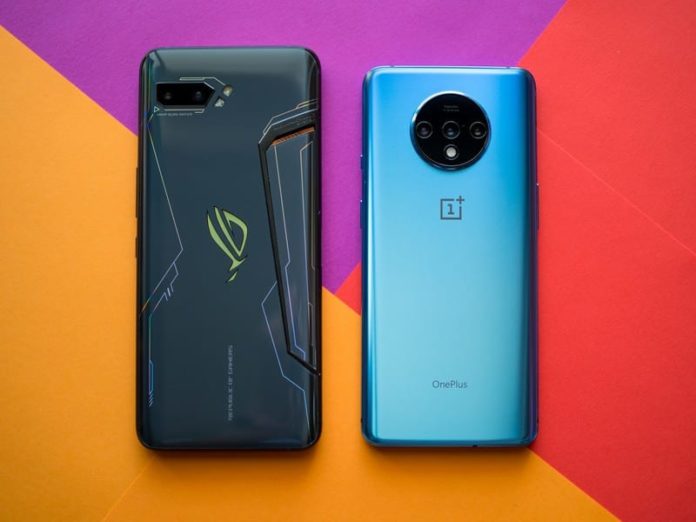 I know, I know. We’re in a lockdown amidst the pandemic. How are you supposed to buy a smartphone, much less take a buying guide for a flagship killer like this one seriously? Well, it looks like offline retailers will start setting up shop over the next few days (at least in India) thanks to the relaxations that have been put in place. We can only hope that e-commerce sites follow suit and start shipping non-essential goods. In the meantime, we’re here to help you narrow down your search for the perfect smartphone under 40,000 INR, so that when shops do open up – you can seize the best deals!

High refresh rate display, the latest Snapdragon 865 chip, 5G, super-fast VOOC charging, and a copiously large battery. The Realme X50 seems to be as future proof as the come albeit being let down by its dated design and funky user interface. Don’t get me wrong, Realme OS is a highly functional UX that many people seem to like. I however, would personally gravitate towards a more stock looking skin akin to Oxygen OS. If you can live with an inferior camera experience and a more boring design in exchange for future-proof hardware, the X50 is the flagship killer for you!

Undoubtedly the most balanced phone on this list and probably the phone you have your heart set on already, the OnePlus 7T is a stellar offering at a meager 35,000 INR. With last year’s flagship specs and not much to set it apart from the recently launched OnePlus 8 (more on this here). Great cameras, clean vanilla Android in the form of Oxygen OS, and a catchy build – the OnePlus 7T has a lot to offer! Just make sure you jump on it before OnePlus phases it out in favor of the OnePlus 8.

Technically, this phone is priced a tad bit over 40,000 INR. However, you can count on prices reducing significantly over the next few months once Apple starts ramping up production in its Foxconn facility at Sri City. This phone needs no introduction considering it’s taking the faux flagship market by storm thanks to its nippy internals (A13 Bionic) and stellar camera performance. We’d suggest staying away if you have concerns regarding battery endurance or media consumption on the itty bitty 4.7″ display. Other than that, the iPhone SE 2020 is the perfect way to get a head-start deep into the Apple ecosystem and complementary software suite whilst proudly carrying a flagship killer tag.

Which One Would We Pick?

In case you’re wondering where the Asus ROG Phone 2 is, we’re also quite saddened by the fact THat it isn’t on the list. Sketchy availability timelines and an imminent successor on the horizon convince me to leave out this stellar offering.

If it were not for the limitation posed by the iPhone SE’s rather average battery life and smaller display, Apple’s offering would be the one I’d pick and recommend. At the end of the day, good battery life and a versatile camera experience take the cake for me if performance is not a hindrance amongst my options. To this end I’d pick the OnePlus 7T, despite having the inferior SoC among this bunch. Truth be told, there’s no noticeable disparity with regards to performance between the Snapdragon 865 and the 855+ which gives me the peace of mind to gauge my decision based on camera performance. The OnePlus 7T takes better pictures than the Realme X50 Pro and undoubtedly retains its flagship killer classification unlike its younger siblings.