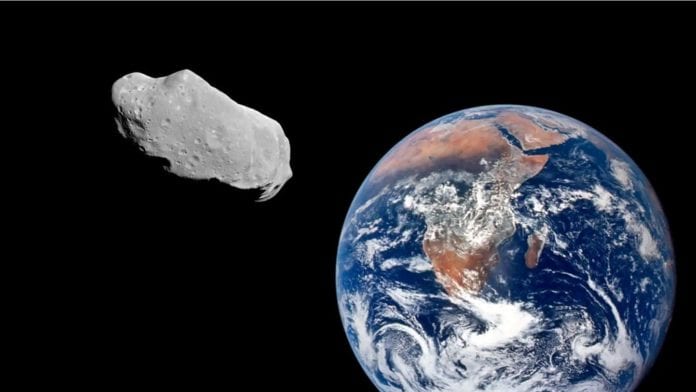 Out of the five, three are relatively small, but the other two are bigger than the Eiffel Tower.

The biggest of all, named 2008 AF4 is nearly half a kilometre wide, with an average diameter of 495 meters. Travelling at a speed of 39,564 kilometres per hour, it made a close approach to Earth at 21:52 hours GMT. If this asteroid were to collide with our planet, the resulting impact would be equal to 25 megatons to 50 megatons, which is the same as the largest nuclear bombs which exist today.

Even though the size is crucial while estimating whether the asteroids pose a risk, its speed can significantly alter this level of risk. An asteroid with a size as big as a house, and travelling at a speed of 48,000 kilometres per hour is enough to release as much energy as the Hiroshima bomb blast if it were to collide with our planet.

Hence, even though asteroid 2021 AJ is the smallest in size of them all, it is still fast enough to wipe out an entire city if its course changes.

But you can take a sigh of relief as none of these asteroids pose a risk to us. The National Aeronautics and Space Administration (NASA) has said that these asteroids are not an immediate threat. The reason these are tracked is because they are either closer to Earth than 7.5 million kilometres (19.5 times the distance between the Moon and the Earth) or they are bigger than 150 meters.

Other asteroids are also set to visit the vicinity of our planet. Asteroid 2021 AT will fly past the Earth today (7th January). Its estimated diameter is 14 to 32 metres. The next close call between Earth and an asteroid will be on 9th January, when asteroid 2015 NU13 will fly past Earth.