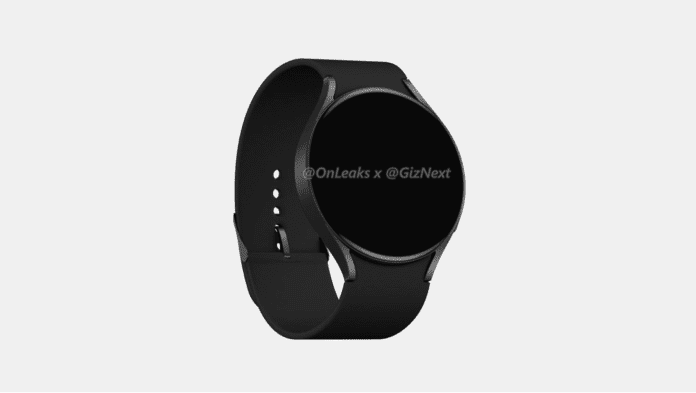 Renders of Samsung’s upcoming Galaxy Watch Active 4 has surfaced on the internet courtesy of OnLeaks and GizNext, giving us a first look at Samsung’s first WearOS smartwatch. The next generation WearOS Samsung smartwatches are expected to be announced on June 28th at the company’s “reimagining smartwatches” event.

The renders show a watch with edge to edge and a flatter display. The rotating crown or bezel is missing from the picture, just like the previous iterations; instead, it’s expected to have two buttons on the right-hand side. Moreover, it looks like Samsung will be moving to proprietary straps with its new offering.

Meanwhile, IceUniverse suggested that the Watch Active 4 will be running TizenWear OS 2 (the new Android Wear-based TizenOS). Moreover, it will be powered 5nm processor and will come with a 2D glass with narrower bezels. All this seems to corroborate GizNext’s report. In reply to InceUniverse, Roland Quandt suggested that the watch will come in aluminium and stainless steel casings.