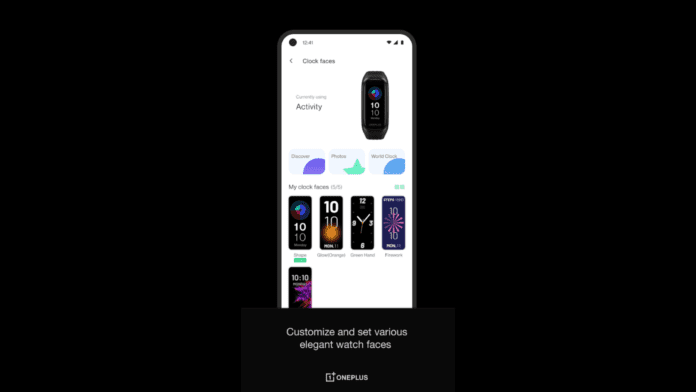 OnePlus is all set to enter the wearable segment with its first fitness band in India, and now all thanks to, OnePlus Health app, we have some more information about the OnePlus Band.

Courtesy of XDA Developers, we also got our first look at the watch faces for OnePlus Band.

According to Ishan Agarwal, the OnePlus Band will sport a 1.1-inch AMOLED screen with a battery life of 14 days. We also expect the fitness tracker to feature 24/7 heart rate and SpO2 blood saturation monitoring along with sleep tracking. Other than this, the OnePlus Band will feature 13 exercise modes and an IP68 rating. As far as pricing is concerned, it is being rumored to cost INR 2,499 in India. The OnePlus Band will launch on January 11, as Agarwal suggested.

Wait, there’s more to it

Apart from the OnePlus Band, we also got a first look at the much-rumored OnePlus Watch, which is expected to debut later this year.

We know little about the Watch, but we expect it to be powered by Snapdragon Wear 4100, running Google’s unpopular WearOS.

Here’s some of the watch faces extracted by XDA Developers from the OnePlus Health app APK.

It’s just a matter of a few days before OnePlus takes the curtain off its fitness band, and now with more leaks pouring in, it seems like OnePlus Watch is not far away too.