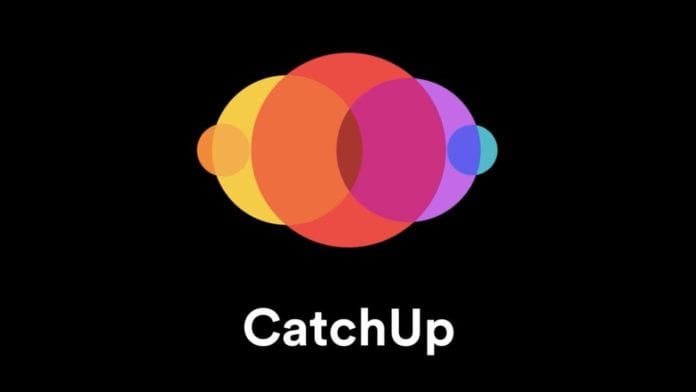 Facebook’s latest app is going to enable users to audio call friends and family. Named CatchUp, the new app will even allow you to have group calls with up to 8 people. CatchUp is different from other audio calling apps available for users because it also lets us know who all are available to chat and call.

This feature of CatchUp is a little similar to the Houseparty app, which allows one to show that they are available by showing the same on their status. CatchUp shows a “Ready to talk” option when users are online on the app.

Facebook, additionally, had also launched chat rooms for users across the globe this month. To audio call via CatchUp, one doesn’t need to have an account on Facebook. This feature also remains the same for Messenger chat rooms. CatchUp will be functional by showing you who you can audio call by using your phone’s contact list. However, the only people who have the app will be available for calling.

Facebook is intending to bring back audio calls because, during this pandemic, many people have also emphasised the need for plain and simple audio calls. Often people are not ready to video call simply because they might be in the middle of some work, so in such cases, an audio call works perfectly.

The idea with CatchUp is to bring back audio calls and also to help users understand when they can call people according to their availability indicated on the app. This is a very efficient feature which will help people to be able to call others without the other party missing the call.

To make a phone call on this app is no sweat because all one needs to do is tap on the call button without any need to merge phone contacts to give them a call. CatchUp has a considerably simpler interface and the way it works is also easy to understand, all it needs is for you to download the app and you can call.

With such convenient features, the CatchUp app makes it easier for the older generation to use and navigate it. Facebook was working on this app long before the pandemic situation occurred, however, its development was accelerated during the lockdown. It was thus released earlier than expected.

The CatchUp app is secured as users will be able to allow to configure who all can join them in an audio call, both for one-on-one and group audio calls. Facebook is currently testing  CatchUp for a limited time in the United States for iOS and Android. However, if you’re interested to start using the app you can now download it.