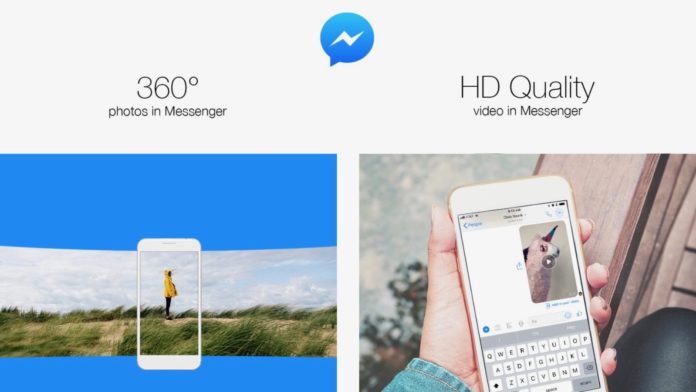 Facebook’s Messenger may be a bit underused these days when compared to (arguably) better alternatives, but it can be argued that the messaging app does provide some nice perks. The ability to chat with ‘bots’ from other third-party services is a godsend, and with the now standard ‘stories’ mode, you can emulate a more Snapchat-y feel on it. Well, get ready as Facebook just added a couple of neat features to it now.

Starting today, you’ll now be able to send HD videos and 360° photos on Messenger. However, there’s a catch! By ‘HD’, Facebook means you can only send 720p videos, and that too if they’ve been pre-recorded. What that means is you cannot record HD videos from the in-app camera and will have to rely on your phone’s native camera to record as such.

Same is the case for sharing 360° photos. You can’t take these from the camera inside the app itself, so you’ll probably have to rely on third-party camera apps if your phone doesn’t natively support it. We suggest using the Google Camera app for this. All in all, these feel like a nice addition to the increasing support Messenger has been getting these last few months, with a radical new design layout not too far on the horizon