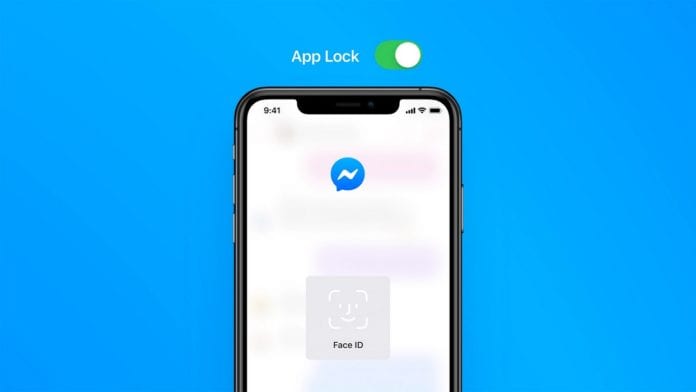 Facebook Messenger has been rolling out updates fairly quickly of late. Just recently it launched two such updates for Mac users. Facebook has a Facebook Messenger Mac app and another app for Apple Watch users. There has also been another addition to the list of updates and features by Facebook which is the Messenger Rooms.

The app now has a new layer of protection and security for iOS users – Messenger can be locked. The app will be locked right after a user closes it which means it will be requiring the user to enter the app with an authentication method such as Face ID or Touch ID. You could now keep your phone locked but your Facebook Messenger safely locked away from prying eyes trying to access your Facebook Messenger app.

This is a useful feature for Facebook Messenger and one can check out this particular feature on the privacy section in the settings of the app. We know that Apple has always prioritized privacy and security for its users so now, being able to lock the app will help iPhone users even more. However, this particular feature has not been announced for iOS 14.

The app is also planning on adding in their Privacy section to the app’s settings about providing users with a sole location to control features like App Lock and their block list. App Lock has been said to be arriving a little late for Andriod users – may be in “the next few months.”

Facebook is also planning to launch some additional features which it will test soon. It will also offer users more and better control over who can reach out to them on Facebook Messenger along with blurring photos from people who message users without prior approval.

This surely will help a lot of users in terms of avoiding cyber-harassment and will be a useful feature in general. Similar features are already available on Instagram and WhatsApp but Facebook has not stated as to when this feature would start to arrive for users of Facebook Messenger app.

Here’s how to activate the Face ID/ Touch ID feature with Facebook Messenger: