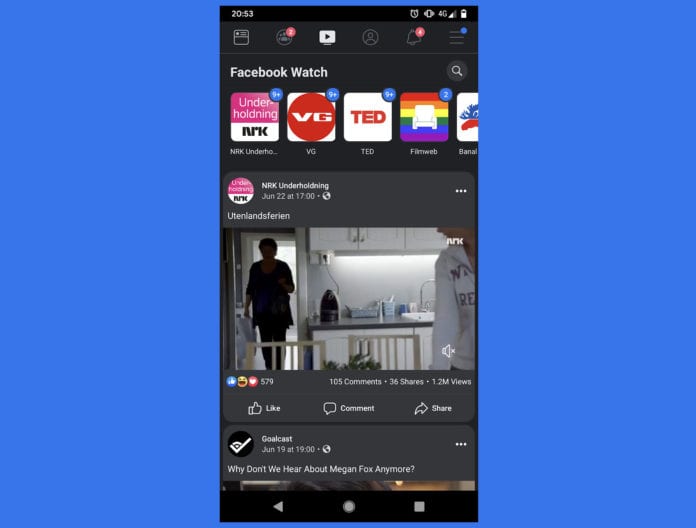 There are a few users who have got access to this feature, they have also shared screenshots of the same on social networking sites like Twitter. This feature is launched by Facebook as a part of the redesigning intended for the desktop users of this social media platform. To be specific the feature has been launched in certain regions only.

Facebook’s dark mode is coming a little late as other social media platforms have already introduced this particular feature for mobile phones quite some time back. Instagram, WhatsApp and even Twitter all have night modes, or better known as dark modes. Looks like Facebook has fallen back in terms of jumping on the bandwagon.

Twitter has a night mode for both its Android and iOS devices and in fact, Google too has launched its dark mode very recently. Facebook will be a little creative with the design of this dark mode as it will just not use black as a background and it is going to use grayscale as well for the icons and logos.

It is also reported that Facebook will be using a dark mode and low light variety to increase and provide better visibility. This feature, in particular, will help provide users with improved viewability of apps and also keeping in mind that the whole interface looks aesthetic. The dark mode has become increasingly popular with users of social media platforms because it is reported that using the dark mode helps preserve battery!

This particular feature of Facebook dark mode will be accessible from the settings bar as reported. The feature was made available for desktop users just last month. If one selects this feature for the desktop version they will notice that the background in this feature is not exactly black but a little grey.

Along with rolling out Facebook dark mode, the social networking platform has also updated the desktop interface. Now Facebook has a less cluttered look and feel to it.

Along with the new interface, Facebook has also claimed that the social media platform is operating better and faster. Now one can search for videos and posts on Facebook more effectively and quickly. Facebook has said that it will keep posting updates regarding the details of Facebook dark mode for mobile phones.