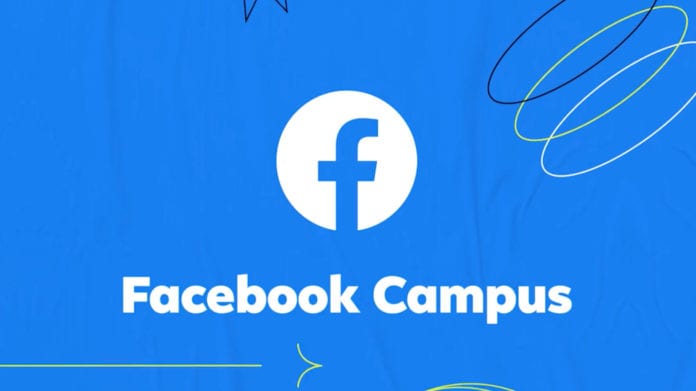 A college student-only, rather a student-only online social media space is being launched by Facebook. Facebook Campus is the newest feature being rolled out for students, which will allow them to connect to their classmates or just fellow students in general. It is aiming to become a space where students can find other students, and also have a campus-only News Feed.

This feature marks a full cycle for the social media giant as originally, Facebook was majorly accessed and used by students to connect with their peers outside the classroom. With a campus-only News Feed, there will be events and group chat rooms, or Campus Chats, which will contain information regarding school or college campuses.

During the pandemic, learning has shifted online as educational institutions remain divided about going back to offline modes of teaching.

Facebook Campus is, thus, becoming a reality as educational institutions are partially or completely choosing to go digital. Currently, as per reports, Facebook Campus is being launched to thirty universities across the US. However, it is unclear as to when Facebook will decide to launch the feature for other countries, including India.

Students who wish to use this particular feature will have to first create a Facebook Campus profile through which they will be operating. This profile will require the student’s educational institution’s email ID along with the graduation year of the student. Facebook Campus will be having a section in the main Facebook app.

The profile and the cover picture of the particular student will be the same as it is on their main Facebook profile.

There is an additional information section that will be made available for students to fill in which includes the student’s major, classes and hometown, but this is an optional field. It is recommended that students fill in these details as the more details provided, the better chances at networking.

It is to be noted that with additional data being put out, there’s definitely a better chance at finding students with mutual interests but it also risks exposure. Facebook will now have a lot more data available at its disposal which, in turn, will go on to better and effective ad-targeting by the social media giant.

“College is a time for making new friends, finding people who share similar interests and discovering new opportunities to connect – from clubs to study groups, sports and more,”, “In the early days, Facebook was a college-only network, and now we’re returning to our roots with Facebook Campus to help students make and maintain these relationships, even if they’re away from their college.” as said by Charmaine Hung, product manager of Facebook Campus.