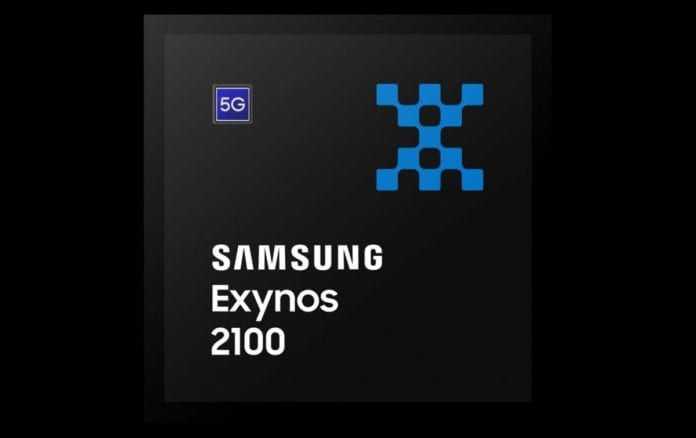 Samsung has taken covers off the new Exynos 2100 chipset, and it looks like the competition for the fastest chip just got tougher. Here’s what you need to know.

Samsung, in the past, has been bashed for taking its smartphone chipsets lightly. Even I wrote a rant about how Samsung and Qualcomm were losing out to Apple when it came to mobile chipsets. But, with the launch of Samsung’s latest Exynos 2100 chip, it feels like Samsung is going to give Qualcomm a hard time.

The chipset is built on the same 5nm node process as the latest A14 Bionic from Apple. Though the earlier chips had integrated 5G modem, as does the Exynos 2100, the newer one has a higher downlink speed. Samsung says that the new chip can achieve up to 7.35 Gbps speeds on a mmWave network and 5.1 Gbps on a sub-6 network.

The chipset adopts ARM’s latest Cortex X1 architecture which clocks up to 2.9GHz. It also features three high-performance A78 cores and four power-efficient A55 cores.

Samsung says that the new chip will enhance power by over 10%, all while consuming about 20% less power.

On the GPU side of things, Samsung has added a 14-core GPU to Exynos 2100 making it one of the powerful mobile chipsets. For the folks looking for ML cores, the Exynos 2100 has a tri-core NPU architecture which has a clock speed of up to 26 TOPS.

In the ISP department, Samsung has added the capability for the chipset to support up to 200MP camera sensor, though I don’t believe that Samsung is going to integrate such a large sensor.

Samsung will be detailing more on the chip with the launch of Samsung Galaxy S21 series. Do keep an eye for more information, we’ll covering the smartphone in detail.

Well, looks like Samsung heard me. I had been bashing out at them for not integrating the same chip as the United States version of Samsung S20, but with the launch of Samsung Exynos 2100, it looks like the company is taking a step to bridge the gap. The competition, at least on paper, looks quite close. But, how the chip will hold against the industry leader, only time will tell.

We Want to Hear From You

What are your thoughts on the latest chip from Samsung? Do you think it will be enough for users to consider it over Qualcomm’s counterpart? Or do you think the company will again loose to Snapdragon 888? Do let us know in the comment section below!