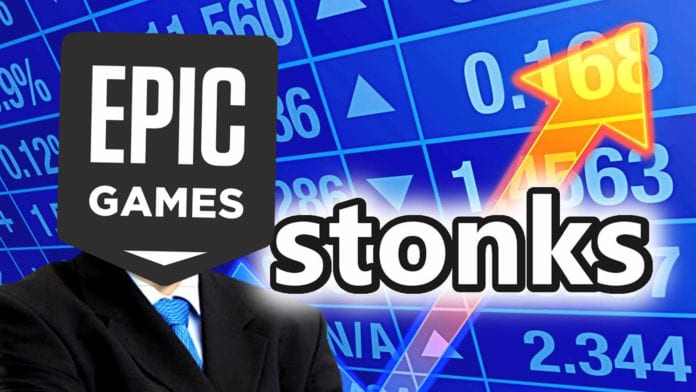 Epic Games, the developer of Fortnite and the Unreal Engine, might be planning to go public with an IPO coming sooner than expected. The company has hired for Investor relations if a new LinkedIn post is to be believed, which This, coupled with the company’s response when asked about a potential public offering, may point to the privately-owned Fortnite creator opening up its doors to the public.

As of right now, Epic Games is a privately owned company, with CEO and founder Tim Sweeney holding a 50% ownership. Tencent Games, the world’s largest gaming-related conglomerate, acquired a 40% stake in Epic a few years prior, which you can learn more about here.

Responding to the discovery of the job position, an Epic Games spokesperson relayed the following response to Gamespot regarding any future plans on going public:

“It’s fairly common for companies of our size to hire people to help broaden and deepen relationships with existing investors and build new relationships. Epic is always monitoring the market and is prepared to consider opportunities as they arise, but right now we are focused on investing in our business, executing against our opportunities, and delivering value to our investors.”

How Epic Is Expanding, and Why It May Need More Investors

Epic Games has, in recent years, expanded to various territories such as film and television with its Unreal Engine. While Fortnite is one of the world’s most popular games, it also acts as a large platform for brand marketing. Unreal Engine, another Epic creation, is free to use for the public, with the company providing some nice incentives on releasing any Unreal-made games on Epic Games Store.

The company’s expansions also include the Epic Games Store, which launched back in 2018. Epic has continued to invest heavily in 3rd party publishing for its digital storefront, which is still lacking in features when compared to Steam. While at first the company was giving away major games like GTA V for free and snatched up multiple franchises for exclusive distribution through EGS, it seems like that’s just the beginning of Epic investing into its storefront. Tim Sweeney has also hinted that the company is now investing directly in 3rd party game development.

Epic Games is now valued at over $17.3 billion, but with it continuing to invest in other areas, a public offering could very well be on the cards. Only time will tell if the company does put up a listing on the stock exchange, and how that will impact its current clashing against Apple.