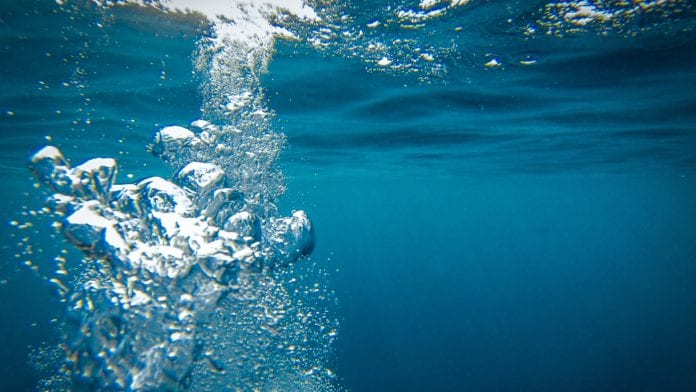 Even though 2/3rd of our Earth’s surface is covered with water, only a small percentage of it is drinkable. Oceans and seas are filled with saltwater, which isn’t potable. Water present in other forms like ice, in the atmosphere etc. is also not drinkable. Concerns regarding the availability of freshwater are increasing to the extent that it is predicted that the third world war will be on water availability.

In the midst of this, saltwater present in oceans provide a potential solution, but with only one problem. Removing salt from saltwater to make in drinkable has been an expensive and time consuming process.

A new study published in Science sheds light on the potential for desalination of saltwater to be an actual solution to the water crisis. The research paper shows a method of desalination, which uses less energy and cost.

By refining an already-in-place method known as reverse osmosis (RO), the researchers suggested a way to cut down the energy and cost the process requires. In this process, saltwater is pushed through a series of membranes which filters out salt and other impurities.

Reverse osmosis is the least expensive option we currently have, but it consumes a very high amount of energy which makes it not cost-effective. Researchers found that high energy consumption is because of the inconsistencies in the thickness of the membranes, which can be seen only with the help of an electron microscope. Making the thickness of the membrane uniform led to a 30 to 40% increase in desalination efficiency.

Enrique Gomez, co-author and a professor of chemical engineering at Penn State University, U.S., said in a statement, “Despite their use for many years, there is much we don’t know about how water filtration membranes work. We found that how you control the density distribution of the membrane itself at the nanoscale is really important for water-production performance.”

He adds, “You can see how some places are more or less dense in a coffee filter just by your eye. In filtration membranes, it looks even, but it’s not at the nanoscale, and how you control that mass distribution is really important for water-filtration performance.”

Admitted that the discovery doesn’t have a solution for the environmental pollution effects of the RO desalination, it is a progress towards a more efficient and cost-effective way to filter saltwater. This could increase the availability of freshwater around the world, through desalination.

Gomez adds, “Freshwater management is becoming a crucial challenge throughout the world. Shortages, droughts — with increasingly severe weather patterns, it is expected this problem will become even more significant. It’s critically important to have clean water availability, especially in low-resource areas.”