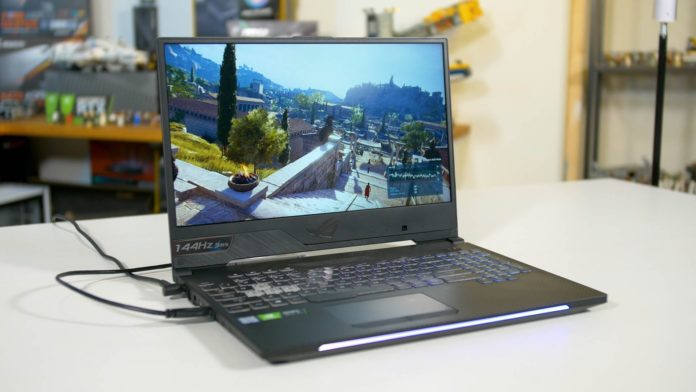 Thinking of investing your hard-earned money into a gaming laptop with an RTX graphics card? You might want to read this story before emptying your wallet. Even though there is no difference in the naming convention of the RTX GPUs whether they’re in a laptop or desktop, there is a significant difference in their performance. According to Notebook Check, an RTX 2060 fitted in a laptop performs 20% to 25% slower than its desktop version.

You can check out the full comparison here.

You probably knew that a laptop GPU cannot perform as well as its desktop counterpart but how much of a sacrifice on performance are you willing to make? An RTX 2060 sounds like the best option when it comes to a mid-to-high-end gaming laptop as it delivers great performance in most AAA titles and decent performance in titles that support ray tracing. But, a laptop with an RTX 2060 still costs a lot of money. The cheapest one is around 96K and if you check out our PC build guide for under Rs.1 lac, you can build yourself a desktop with an RTX 2070 Super for a similar price!

Assuming that you absolutely have to buy a gaming laptop, the RTX 2060 will probably not be a great option. As a matter of fact, the 2070 and 2080 also stand out as underwhelming performers when it comes to laptops. Notebook Check also stated that the laptop version RTX 2070 is 14% to 18% slower than the desktop variant while the RTX 2080’s laptop version is 8% to 10% slower than its desktop counterpart. The performance gap does decrease as you move up to the 2080 but then the prices skyrocket.

The interesting part is that this performance gap for the mobile RTX 2060 puts it at about 5% better on average than a mobile 1660ti, which obviously costs less. This just makes an RTX 2060 laptop hard to recommend.