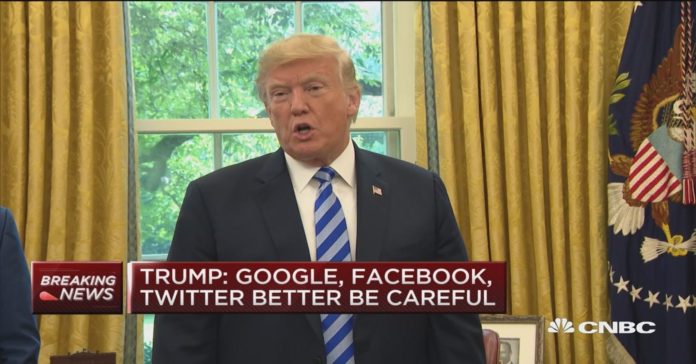 In yet another attack on one of the giants of the Silicon Valley, Donald Trump has claimed that the search engine giant Google has rigged it’s search results to make him look bad. People who search for the latest news about the US president are in fact being shown intentionally damaging stories, he further added.

Trump even suggested that the search giant could be prosecuted for not showing enough positive stories about him. In a Tweet, he said “Google search results for ‘Trump News’ shows only the viewing/reporting of Fake New Media.”

”In other words, they have it RIGGED, for me & others, so that almost all stories & news is BAD. Fake CNN is prominent. Republican/Conservative & Fair Media is shut out. Illegal?”

Announcing that he had studied the Google search results for “Trump news”, he went on to found out that most of them were “left-wing”.

“96 per cent of results on ‘Trump News’ are from National Left-Wing Media, very dangerous,” he continued. “Google & others are suppressing voices of Conservatives and hiding information and news that is good. They are controlling what we can & cannot see. This is a very serious situation – will be addressed!”

Well, I don’t know when or from where Donald Trump accessed the web, but from what we’ve seen, the results return with a mixed bunch of news, ranging from positive to neutral to critical and the ever popular Trump memes.

As far as Google’s search algorithm is concerned, I don’t think there are more than a handful of people who how know exactly it works. Thanks to regular updates, such as Hummingbird, the search engine filters its content to provide the most genuine and sought after content.

Google is yet to comment on the president’s allegations.