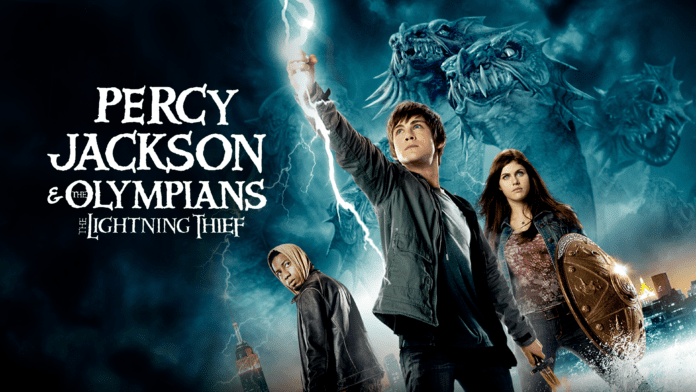 All the Percy Jackson fans, rejoice. A series based on the novels is in works at Disney+.

Author Rick Riordan announced the project and said that it is still in its early stages on the streamer.

Riordan’s Percy Jackson and the Olympians series encompasses five novels and also two follow-up series. The novels started off with The Lightening Thief.

The Lightning Thief and the second book, Sea of Monsters, were previously adapted as features films by 20th Century Fox (now owned by Disney). The movies star Logan Lerman as Percy Jackson, a boy who gets to know that he is the son of the Greek god Poseidon. The films also star Alexandra Daddario as Annabeth, another demigod. The story follows Percy as he goes around the country trying to find Zeus’ lightning bolt.

The movies made the characters older than they were in the books – with Percy being a 16-year-old rather than a 12-year-old. However, Riordan promises that the series will be a more faithful adaptation of the books.

“We are very excited about the idea of a live-action series of the highest quality, following the storyline of the original Percy Jackson five-book series, beginning with The Lightning Thief in season one,” Riordan wrote.

Fans were livid at the 2010 and 2013 adaptations of the books by 20th Century Fox. However, the author has assured everyone that he and his wife will be intimately associated with the show. However, in spite of all the distaste, the films did relatively well at the Box Office. The first film, Percy Jackson & the Olympians: The Lightning Thief, raked in $226.5 million while Percy Jackson: Sea of Monsters made around $200 million.

The issues that were there with the movie adaptations are actually easy to fix at Disney. Considering the studio is more inclined towards making content for a younger demographic, it would make sense for them to have a younger Percy. This would solve everyone’s problems, since apart from the age, not using vulgar language would also be pretty easy for the streamer.

Percy Jackson falls in a long list of films and series that Disney is interested in making for its streamer. Disney+ announced a few weeks ago that they will be coming out with a live-action Hercules movie based on the animated film. Apart from this, Beauty and the Beast, Star Wars, the Marvel Cinematic Universe, Monsters Inc., High School Musical, National Treasure, and The Mighty Ducks are also joining the original series bandwagon.