In a move that has the potential to change the landscape of the entertainment industry, Walt Disney Company has agreed to purchase most of the assets of 21st Century Fox for a whopping 52.4 billion dollars, closing out a deal that has been talked about with anticipation for the past 3 months.

The historic Hollywood merge of the second and fourth biggest movie studios in Hollywood is monumental for the face of entertainment across the world and its impact is nothing we need to speculate over. Disney has enough firepower in its ranks to be a true competitor to some of the most popular entertainment providers of this era, such as Netflix, Apple, Google, Amazon and Facebook. The deal is mainly for the entertainment businesses, and the stance on this now is that the properties that are not included in the transaction will be part of a separate company named ‘Fox’ will bear all of the things that 21st Century Fox still owns individually, which include the Fox News Channel, Fox Business Network, FS1, FS2, etc.

The Fox studio has long been one of the premium studios of the world, producing movies such as The Sound of Music, now considered a classic, and even the first Star Wars movie, now titled A New Hope. Perhaps Fox Studio’s biggest move in recent years (one that is still a landmark for movies all over the world) was Avatar, which is notorious for being the highest grossing film of all time. As for why Fox is selling its assets seemingly out of nowhere, it is important to note that in the current paradigm of entertainment, their assets are not doing particularly well. Disney, on the other hand, is riding a massive wave of success, which can even be attributed back to its acquisition of Marvel Studios way back in 2009, and subsequently, its purchase of Lucasfilms Inc. in 2012. It is no secret that Disney is now the one calling the shots as far as entertainment on the big screen goes, and this deal has set a precedent for how much the company can grow from here on out.

But here’s the real question: What does this deal mean for the future of Fox’s properties? 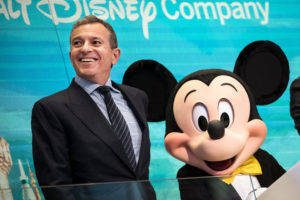 With Disney now owning the studio, the merged company will own or operate at least 272 TV stations on a global scale. They will own cable channels such as the world famous National Geographic and even ones such as FX Networks and the Fox Sports Regional Network. This deal also includes the 39.1% stake that Fox Studios owns in Sky, another big telecommunications company. However, its interesting to note that Fox’s deal to buy Sky still hasn’t completely been finalized as of yet, which makes an interesting case as to how much of Sky Disney would own at the moment, since the deal between Fox and Sky is said to conclude in June of 2018. However, it is understood that once that deal goes through, Disney will just own the entirety of Sky, an outcome that is much preferred by many given how Disney has been making good use of its property in recent years.

Disney has purchased the Fox television studio, which means that the 36 series’ that are in production will also belong to them. This includes the much beloved animated sitcom ‘The Simpsons’, one of the most recognisable shows in the world, as well as other famous shows such as ‘Modern Family’, ‘This is Us’, ‘Homeland’, among others. Furthermore, this deal means that Disney will have a majority stake in Hulu, one of the more popular online streaming services. This is essentially a fresh start for the company, as Hulu has had an ownership conundrum for quite a while.

Perhaps one of the biggest changes we will see with the advent of this deal is how it affects the movies that were under Fox. With this deal, Disney has the rights to the X-Men franchise, including the likes of Deadpool and Wolverine, allowing comic book fans to dream of a fully integrated Marvel Cinematic Universe now that they’re all under the same roof. Disney also owns Ice Age, and as previously mentioned, the blockbuster worldwide hit, Avatar, as well as the Planet of the Apes franchise. For Star Wars fans, The Mouse House would also get the rights to Star Wars Episode IV: A New Hope, as mentioned before, but what’s interesting is that according to The Hollywood Reporter, Fox currently also owns the rights to Episodes I, II, III, V and VI of the franchise, but the same is apparently set to transfer over to Disney/Lucasfilm in 2020. This means that all three trilogies might share a box set in the near future.

However, such a big transaction will not happen instantly. There have been several discussions in recent times of Disney becoming a monopoly in the entertainment industry, and this deal will only serve to bolster those talks. While the Justice Department of the United States will have to look through the terms of the deal, the two companies have seemed to structure the transactions in such a way that there are no major hitches on the side of the law. However, it is possible that a combined Disney-Fox movie studio that has at its heel one-third of the entire United States box office could lead several theater owners to make a valid case for conditions related to film rental rates.

This deal has the potential to decide several decisions related to filmmaking for the next five to ten years, and maybe even longer. It is also a definite sign of how times are slowly changing in the entertainment industry, as this will make it significantly harder for younger companies to branch out and make a name for themselves without being swallowed by the bigger fish in the same ocean. However, only time will tell what exactly Disney has in mind with its new properties, as the world waits for more exciting things from the Mouse house.

- Advertisement -
Previous articleMicrotransactions in Video Games
Next articleStar Wars: The Last Jedi Review- The Force Is Strong With This One

Sno Babies is a gut-wrenching story that'll make you ponder over the harms of substance abuse and how it ruins lives in a way you can't help but feel pained.

Sony has now revealed that the PC version of Days Gone will release on May 18, 2021, and has released a trailer showing the new features that will ship with the game.

The magical NVIDIA DLSS technology is now available in most major game engines including Unity and Unreal Engine 4 and continues to rise in adoption with no competitor.

You Can Now Use Google Assistant to Find Your Lost iPhone

Google has announced features coming to Google Assistant, with the most notable feature for Apple users being the ability to locate a lost iPhone...