Devil May Cry is a series which has always been recognized by its panache for high octane action with ear-shattering sound. After a rough couple installments, the series was amidst an identity crisis with DmC: Devil May Cry. However, during last year’s E3, Capcom came out of the shadows to unveil the latest installment in the franchise, Devil May Cry 5.

Last week, a free demo popped up on the PlayStation & Microsoft Stores. Traditionally, the series has been under the story focused hack-n-slash genre. After booting up the game on my base PS4, I was quite surprised to see that the game targets a native 60fps, even on the base console! And to top it off, it looks gorgeous while at it. Now of course, it is set to 1080p, but if you have an Xbox One X then you’re looking at a pretty satisfying 4k 60fps experience.

But you may ask why I’m stressing so hard on this fact. 2018 was a very big year for video games & high-quality AAA games at that. We had Sony coming in with astounding exclusives like God of War and Spider-Man, and then the multiplatform Red Dead Redemption 2. Does Devil May Cry 5 look better than those games? It may arguably not. However, if there’s something that consoles have always been targeted for, it’s their ability (or lack thereof) to support gameplay at higher framerates. I wouldn’t be lying if I said I would’ve liked it if those aforementioned games had a native 60 fps mode.

For a game that is built on the idea of spontaneous action, the support for higher framerates is greatly appreciated. At the core of it all is the RE Engine that Capcom is using. The engine has been used for previous games in their portfolio, including the recently released Resident Evil 2 remake. That game too targets a smooth 60 fps across all consoles, and one of the key features of these games are their level-based gameplay. These are not open world mammoths that most other AAA games these days aim for. Instead, DMC5 focuses on unique environments and then optimizes the gameplay accordingly.

Another thing the game really nails in its environment design is the lighting. When someone utters the term “demonic invasion”, you almost always think of dark colors with a moody apocalyptic atmosphere. Not here. Devil May Cry 5 inherently by its design goes for a quirkier take. You’ll find a whole spectrum of colors being used to point you in the right direction, something Uncharted does too but with a more uniform color scheme. Neon lights, screen space reflections and a whole host of lighting effects are used throughout, with a euphoric soundtrack only elevating that experience. And since the game is broken down into different arena/levels at a time, the graphical load on the system is reduced.

This is one of the key features which enables the game to perform as good as it does on the consoles. Unfortunately, the demo is not available for PC. We’d love to check out the game’s performance on our wide range of systems, but I guess we’ll have to wait for the final release for that. In either case, Devil May Cry 5 looks promising, and that’s great. 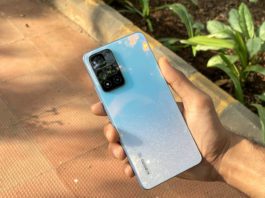 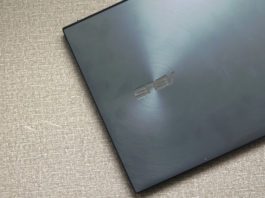 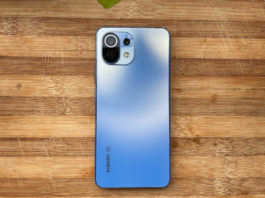