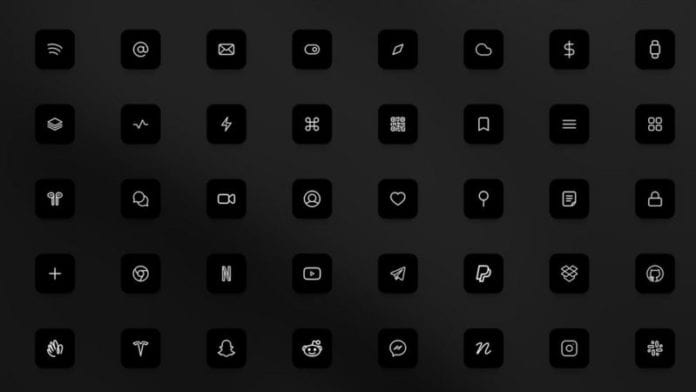 iOS 14 came with loads of changes, and one of them was an option to customize your home screen which meant you can customize a lot in your home screen from widgets to icons just like Android and a person cashed it in pretty well.

As Traf mentions it in his blog post, this started when he saw people sharing screenshots of their customized iPhone screenshots which inspired him to try out his own style and then he picked out some minimalist icons and widgets designed by him and shared a screenshot of that on the screenshot which gained lots of appreciation and people started asking about the iOS 14 icons which made him realize that he could sell those icons and widgets and later after two hours of work he published the icon pack and listed it for $28 and then just waiting for the turnout.

MKBHD Video Does the Trick for iOS 14 Custom Icon Designer

Cut to the next day he receives around 100K impressions on his tweet and the next day it was over 1M+ and his icons were everywhere getting published by some of the biggest publications but things turned really fast when tech YouTube MKBHD featured his icons in his video after which he said he was making $28 every half second.

After MKBHD’s video sales skyrocketed and about 4,188 people purchased the icon pack resulting in sales of $116,147.

Well, the success was surely an overnight one but the journey started 7 years ago in 2013 when jailbreaking was in trend and Traf created an icon pack for $0.99 and put it on sale on “Cydia Store” and almost made $17 from it.

Traf, who’s currently residing in San Fransico called it an “unimaginable result” and he suggested others not to run behind the trends and just do things that they enjoy, share them with the world and the internet will do the magic.

Here’s a summary of some of the metrics he shared in his blog post: