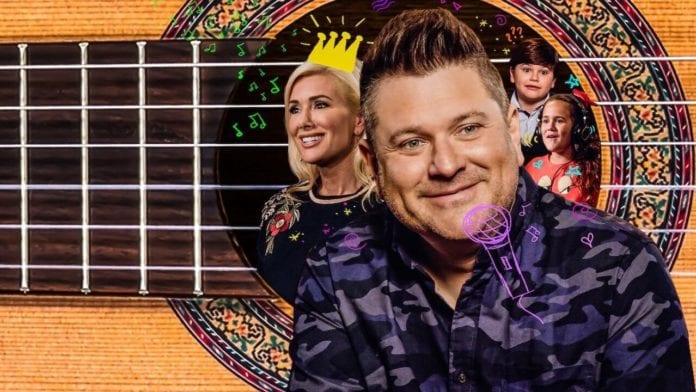 If you’re familiar with the Rascal Flatts, the American country music band, then you’d know who Jay DeMarcus is already! And if you are a fan of Jay DeMarcus, then you can rejoice as this new reality TV show brings out what his family is really like. DeMarcus Family Rules, the new reality TV series on Netflix, can also be called a mini-series about how absolutely whacky and weird his family life is.

Jay DeMarcus has a beautiful wife but also has a dysfunctional marriage of sorts, so we have a therapist who is very entertaining and tries to help them navigate through their marriage. DeMarcus Family Rules is not a particularly entertaining watch. It got a little disturbing for me at certain points, but it’s funny and a little stupid too!

The two kids are also amusing, they are the typical and textbook definition of a mischievous boy and the smart, intelligent girl. Madeline, 9, and Dylan, 8 whom you will early on in the reality TV series. There’s absolutely nothing special about the series but it is entertaining in most parts. I mean, you cannot always expect that a celebrity’s familial life to be similar to all that Keeping Up With The Kardashians has to offer. That is a different league of madness and stupidity.

If you are expecting drama on those lines, you are heading for disappointment. Watch this series if you generally like to watch reality TV based on families of celebrities because this does not have much to offer. Initially, when I started watching DeMarcus Family Rules, I was super excited expecting humour but it dies a quick death two episodes in.

DeMarcus Family Rules is Funny and absurd too!

If you pay attention to the humour then you’ll also feel that it is forced to an extent. For example, when they begin with a tiny role reversal and Jay imitates Allision. This particular bit should have been funny but it honestly felt like Allision was butthurt and Jay was overcompensating for the same. Elements similar to this exist throughout the whole season.

The series also feels a little over-edited because it is evident how certain parts have been edited out and somehow the whole series does not feel very real! At a certain point, you will also question why Jay and Allison are even married. It is evident that their marriage is somewhat functional because of the counselling that goes on.

It does shed light on some very important points for married couples, though!

At one point in the series, Jay says that is important to go to a marriage counsellor even though marriage might look fine and healthy. According to Jay, going to a marriage therapist makes the couple aware of many such issues that the couple were unaware of. That is something to think of, I feel.

Marriage therapy has been normalised and that in itself is quite refreshing to watch. Even though the marriage that Jay and Allison have might not function in a way which fits the idea of normal, Jay’s idea of marriage is still pretty normal. Jay understands the need to stay connected despite all odds that come in their way.

Whenever I watch a reality TV series, my mind explodes with questions. I constantly tell myself that the whole of this is completely scripted. They cannot possibly act all-natural and normal on camera when both of them are taking a bubble bath on a bathtub together… that is not possible, right? For the most part of the show, I kept wondering why this reality show was even filmed? I mean this is not high on humour or drama, it awkwardly tries too hard to hang in the middle.

The saving grace of the show definitely has been Jay DeMarcus because he is funny, witty and, there I said it… charming! DeMarcus Family Rules tries too hard to have that whole sitcom vibe to it but disappoints. Allison’s best friend is celebratory on DeMarcus Family Rules. She is feisty, funny and a ball of sunshine.

All in all, not begrudgingly, I’ll suggest you skip this. There are way better reality series on all the OTTs so you might as well stream those!

Read our other reviews here.