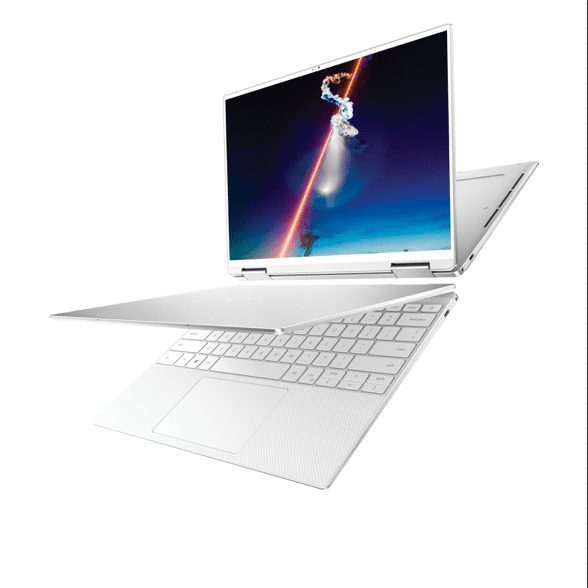 The laptop sports a thin and light form factor with 7 mm at its thinnest point and 13 mm at thickest. The laptop weighs at around 1.32 kg and boasts an impressive screen to body ratio thanks to the new motherboards with the small form factor.

The display is 13.4 inches OLED touchscreen panel with support up to 4K on higher-end variants and 1080p on lower models with an aspect ratio of 16:10. The displays are really bright with 500 nits of brightness. For I/O, the laptop features 2x Thunderbolt 3, 1x microSD card reader, 1x headphone/mic combo jack. The laptops come pre-installed with the 64 bit Windows 10 Home and Ultra versions. To power the laptop, Dell has provided a 45W AC USB-C adapter. Dell claims that the new XPS 13 is 2.5 times faster than its previous iteration and will start selling at a price of $1000.