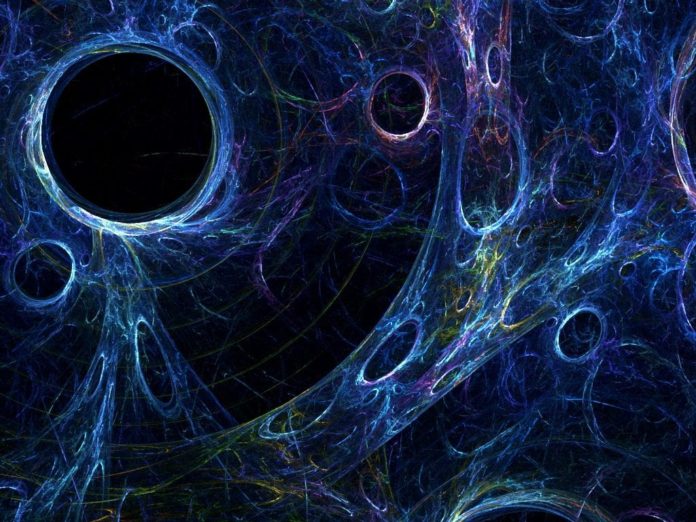 What is Dark Energy? Well here’s the answer, we do not know. It has been one of the biggest mysteries of the universe. Its existence has been postulated to agree with the experimental findings that scientists have come across while looking at dark space. So it is there, but we have no way of actually seeing or measuring it. The only definition of it is that it is a force that is responsible for driving the expansion of the universe. Also if recent studies are any evidence, then it is getting stronger.

In 1929, when Edwin Hubble looked through his telescope across the night sky, he encountered something strange. The wavelength of light from the stars he observed seemed to be constantly shifting towards the red end of the electromagnetic spectrum. This resulted in only one conclusion. The universe is expanding and space is increasing with each passing moment. The only thing remaining now was for the scientists to look for its answers. The search for this answer was interesting because this was against the predictions made by the popular theories. The theory that was still supposed to make sense was the assumption that gravity would eventually slow down this expansion. Decades later now, this theory has been thrown out of the window.

All these years, research data has always been pointing at the fact that dark energy strength has been constant throughout time. It has been there throughout as an unchanging mystery force, until recently. The main helping factor in the study of dark energy is the study of the expansion history of the universe. The study of this expansion phase has been a constant problem due to lack of proper evidence. The common sources of information on this are also sometimes lacking a few important clues. Researchers have come up with a new way of study which happens to tackle most of the problems that have been previously encountered. This solution is to study distant quasars.

Quasars are monstrously bright objects that are powered by the gravitational compression of a material as it squeezes itself to fit inside giant black holes. Scientists have developed a new trick of measuring the distances to these quasars, something which was a problem earlier. The trick is to study two kinds of light emitted by these light giants. The ultraviolet emitted from the in-falling material is the first kind. The second is harder X-rays created from the ultraviolet radiation getting boosted to higher energies from even more surrounding gas. The comparison of these two emission sources can reveal the true brightness of a quasar. The results that have come up from this research have shown that dark energy was weaker in the past. This means that it is growing stronger and this may ring an alarm.

The validity of these results has the power of redefining the very definition of dark energy. It will expand new arenas which can further help in the understanding of even newer mysteries. It will define the fact that ‘the big rip’ may actually be a reality someday. The continuous growing intensity of dark energy can surely rip apart galaxies. It creates an even bigger and more mysterious picture of the universe. This result, if validated, tells us even more about the stuff that we do not know about this universe. To read more about it, click here.

A new definition of this energy will give rise to even more extensive research in this field. They strive to learn more about this mystery is only going to increase. The enigmatic universe is surely going to keep us on our toes for a while!