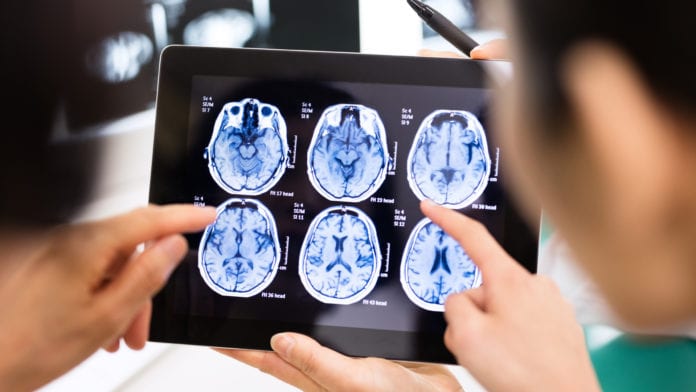 UK scientists have discovered a rare genetic disease due to changes in gene COPB1. It is said to delay intellectual development in some children’s brains leading to early-onset cataracts. The condition is likely to affect one in 17 children, and the children influenced by the disease are prone to microcephaly, a birth defect where the size of the baby’s head remains relatively smaller than average (or the head stops growing after birth) when compared to other babies of the same sex and age.

Researchers from the universities of Portsmouth and Southampton found that this abnormal condition occurs due to changes in a gene called coat protein complex 1 (COPB1). Evidence shows COP1 subunits are necessary for brain development and that mutations in the subunits of these coat protein complexes, like COP1 (one of the types of protein coats), results in different human congenital diseases known collectively as “coatopathies”.

The COPB1 gene encodes the beta-subunit of COP1 (β-COP), which is essential in sorting proteins and lipids from the Golgi apparatus to the endoplasmic reticulum (ER). Top researchers from the University of Portsmouth and the University of Southampton in England performed whole-exome or genome sequencing to examine potential variants, where biallelic variants in COPB1 were revealed as a potential cause.

For the study, a research team was formed constituting of frog geneticists, medical genomic research scientists, and clinical geneticists. The team sequenced the DNA of affected patients and used tadpoles to simulate the human gene variants.

An exon of the tadpole was replaced with an indel of the COPB1 variant and injected into the tadpole embryos. The tadpoles which carried the disrupted COPB1 gene variant had visibly smaller brains than the control tadpoles and many showed symptoms of cataracts, just like in humans. This clearly showed the link between the gene and the disease.

Study co-author Professor Matt Guille, from the University of Portsmouth, said: “This is the first time that the tadpole has been used in such a direct way to help solve a clinical challenge. In our initial experiments to test the link between a genetic variation and a disease, we found to our surprise that by altering the DNA of tadpoles, four times out of five we could re-create the disease-related changes seen in human patients.” These results strengthen the link between the patient variants and their clinical pathology.

Early identification of the variant will aid doctors in catering to timely detection of this rare disease and come up with targeted interventions that might help in prenatal diagnosis as well. One in 17 people will suffer from this disease at some time in their lives and now with the recognition of the variant, doctors can pursue techniques to help affected patients.

“Next-generation sequencing is transforming our ability to make new diagnoses and discover new causes for rare disorders. This story started with sisters I saw in the clinic without a known underlying cause for their signs and symptoms. Looking closely at their genes and further functional molecular work and Xenopus studies, we saw that this was a new previously undescribed syndrome. A diagnosis is so important to the family,” said study co-author Diana Baralle, a clinical geneticist at the University of Southampton.

The findings of this genetic disease are published in the journal Genome Medicine. It provides proof of principle that tadpole CRISPR/Cas modeling can be used as a tool for identifying and characterizing novel rare disease genes. Previously, the studies connecting a gene and a disease were mainly performed in mice but recently, several lab findings have shown that experiments in tadpoles provide very strong evidence about the functionalities of human gene variants. Recreation of some gene variants in tadpoles is hassle-free and can be achieved in less than 3-4 days.