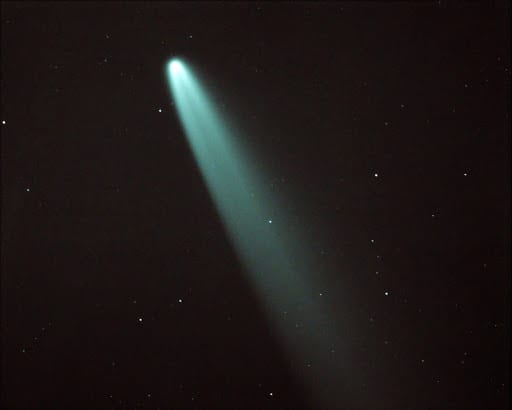 A comet can be defined as a body of ice in the solar system that passes close to the sun, causing it to emit an array of gaseous substances and glow brilliantly. Many comets are known to us and have been so for the longest time. Halley’s comet is one of the most famous ones.

Humans have known that the Halley’s comet has existed for a very long time, and that it had been the root of many superstitions, famously in pre-renaissance Europe. New ones are being discovered now under much common approval, with powerful new observational tools at the disposal of astronomers.

One such discovery happened very recently. On March 27th 2020, astronomers, with the help of the Near-Earth Object Wide-Field Infrared Survey Explorer (NEOWISE) spotted a specific comet for the first time. The comet has subsequently been named after the telescope.

Neowise will be visible in the skies from today, and the astronomers hope that it will only get brighter from this point on. Neowise is the brightest visitor to have graced the skies of the world in the past few decades. It will stay visible for the next 20 days and it can be viewed through the naked eye.

Neowise will gradually climb through the sky as it gets brighter. At least, this is what astronomers hope will happen. The comet began its closest approach to the Sun on July 3rd 2020, which is pegged to be about within 44 million kilometres of the sun.

This proximity to the high temperatures of a burning star is what prompts the ice in the comet to vaporize and escape. Other particles trapped within the ice also get freed, and what ensues is perhaps the most brilliant show of cosmic interactions. The bewitching beauty of such a phenomenon is what draws the interest of the general public to it.

There is still some unpredictability as to how long Neowise will be visible. The 20 days estimate there is just that, an estimate. Comets are highly unpredictable because of the random nature of the vaporizing ice; comets can behave erratically sometimes.

The last time Neowise was visible, humanity was still in the Iron age. The next time it will be visible, we would perhaps be doing some amazing things. The orbit period of Neowise is too long to find any mention in the ancient writings and archaeological findings of our ancestors, unlike that for Halley’s comet. However, this visit will probably be recorded for eternity, and the next time it visits, we would have solved a lot of our problems.