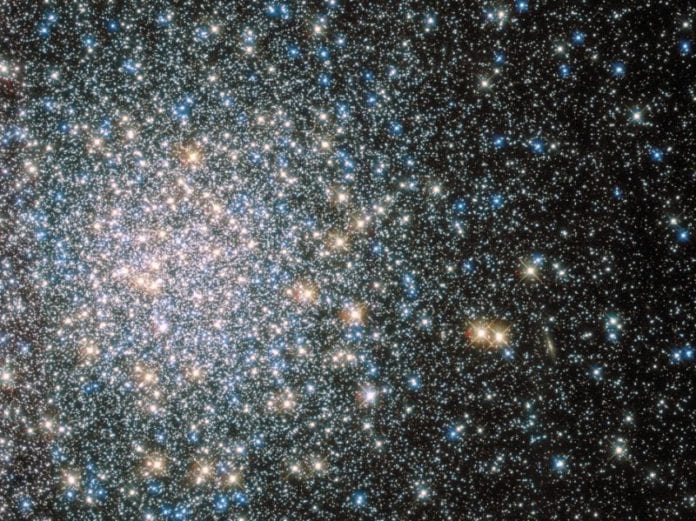 Researchers have known about the NGC 6397 cluster for a while now. It is a dense clump of stars a few thousand light-years away. The scientists always thought it had a chunky black hole at its core; as it turns out, this assumption could not have been further from the truth. The astronomers have found out that the globular cluster is wrapped around a cluster of smaller, stellar-mass black holes. This comes as a shock because this is the first time the researchers have observed such a thing.

This discovery has attracted the attention of physicists the world over and for a good reason. First of all, it could help us understand how the bigger black holes form as these solar mass ones are so close to each other that they might just merge. With the merging of these black holes comes another interesting phenomenon, the gravitational waves. Even without this knowledge, globular clusters were an area of interest for researchers. They are considered as the fossils of the early Universe as some of them are nearly as old as the Universe itself. In a globular cluster, all its stars formed at the same time from the same gas cloud.

They have been studied for a while to understand better the history of the Universe and also the dark matter content of the galaxies they orbit. Now armed with this new knowledge, interest in studying these celestial objects might be at an all time high. The intermediate class of black holes, such as the ones found at the centre of NGC 6397, sit between stellar-mass and supermassive black holes, the latter of which is typically found at the centre of galaxies. Until now, the existence of this class was only a theoretical concept.

It was suggested by theory and modelling that they could be found in globular clusters. To ascertain this, astronomers looked at the data from NGC 6397, examining the orbits of the stars in the cluster to see if they showed any signs of an invisible mass at the centre. What they found was not a point sized mass (a single black hole) but one that was extended to a few percent sizes of the cluster. The rest was easy to figure out. This is being counted as observational evidence, and it can serve as an example to quickly figure which clusters have such things inside and which do not.

Due to such cluster properties, heavier objects will continue to sink towards the centre of the cluster, which means these black holes are bound to merge. This discovery could open a treasure trove of observational data for various fields of physics.