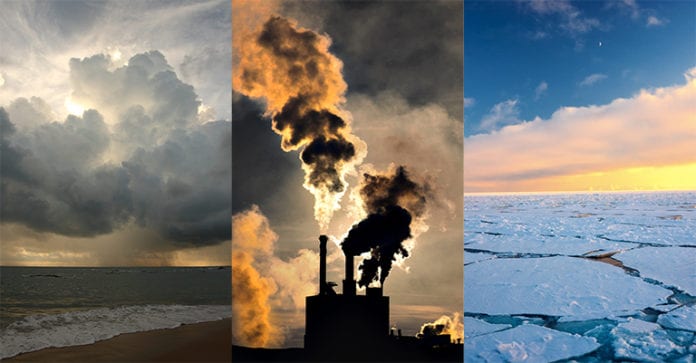 Easily one of the most pressing issues of the century is climate change. Everyone is talking about it. The effects are clear to see and if the required measures aren’t taken, we will well be on our way to global annihilation. The dystopic image of people fighting over seemingly meagre resources and scarcity of the essentials of life appeals to nobody, and this is the only planet we have, so far.

Humans as a species hope to jump from one planet to another, exploiting every last bit of its resources – though not far-flung from our ideals but definitely not feasible given our current level of technical and intellectual know-how. Hence, we’ve been shoved into a corner with only one way out; saving our planet. So, how do we? More importantly, how much time do we have left? Let us have a look at the damage we’ve done.

Starting off with the lungs of the Earth – the Amazon forest. It absorbs 25% of all the CO2 emissions, hence the name. Harbouring about 10% of the world’s known species, it is one of the most biologically diverse places on earth. In the last 50 years, nearly 20% of the Amazon has been chopped down. About 120,000 square kilometres of tropical forest was lost in 2018.

Climate change affects the fauna around us too by exploiting their natural habitats and potentially driving them to extinction. More than 1 million species are at risk of extinction due to climate change. Half of all amphibians run a high risk of becoming extinct due to the same reason. At the current rate of extinction, scientists estimate that 30-50% of all the species present on Earth will have gone extinct by mid-century. A depressing but probable scenario.

Loss of natural plantation leads to undesirable levels of unwanted substances in the air, such as CO2. Known for its heat-retaining property, Carbon dioxide is one of the major contributors to global warming. 2016 was the hottest year on record according to NASA and NAOO, as the global averages were 1.78 degrees F (0.99 degrees C) warmer than the mid-20th century average.

This is a staggering increase from the annual average of 40 billion in the ’50s. Melting of the ice-caps in Antarctica and Greenland would increase the sea level by nearly 200 feet. Such an increase would be menacing for coastal regions around the world. Earlier in 2019, Indonesia announced its plans to move the capital city away from Jakarta, as parts of the city are sinking at a rate of 25cm per year. Many small islands in the Pacific live under the fear of being wiped off the map.

Apart from increasing coastal floods, higher sea levels will also lead to stronger storm surges and more devastating hurricanes. Down another route, higher temperatures translate to higher chances of wildfires, which trigger a chain of events that contribute to the initially aggravating temperatures. (more on the effects of global warming here).

All that said, here’s the scary part – the damage that we’ve inflicted upon the planet may be irreversible by 2030. In a 2018 report, the United Nations Intergovernmental Panel on Climate Change (IPCC) had cautioned that we have only 12 years to undo the environmental destruction that we’ve caused, in order to prevent the worst impacts of climate change. The UN climate report and other subsequent reports had warned that the global emissions must be cut down by 50% by 2030 to save ourselves from the cataclysmic effects of climate change. We are doing just, well, the opposite.

CO2 rates have been on the rise and show no signs of stoppage. In the Mauna Loa observatory in Hawaii, sensors detected a CO2 concentration of 415.26 ppm. The last time the concentration was this high was more than 3 million years ago – when the sea levels were 53 feet higher, trees grew in the south pole and some rodents weighed up to 700 kilograms. Thus, it would be safe to say that we’re not doing all that well at the moment, and very little time is left for correction.