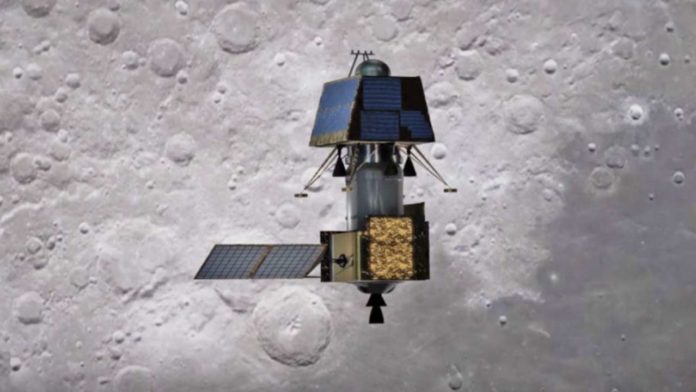 From the moment Indian Space Research Organization (ISRO) had announced the launch of Chandrayaan-2, its most arduous mission yet, there was one primary aspect of the mission that decided its fate – A process that powered the descent on the moon, which ISRO was endeavouring for the first time.

India had been to the moon before with the Chandrayaan-1 way back in 2008 and had found evidence of water molecules near the south pole of the Moon. Chandrayaan-2 was intended to prove the findings of the previous mission.

The essential stratagems were purported to put a spacecraft into the orbit of Moon. The initial two events which consisted of trans-lunar injection and lunar orbit insertion was accurately accomplished by Chandrayaan-2. Even the inclination process to the lunar surface was very close to precision. Later, lander Vikram had parted from Orbiter and de-orbited to a separate elliptical orbit of 35 X 100 km after which the power descending process began early Saturday.

However, the last phase of Chandrayaan-2 which required performing a soft landing on the moon’s surface did not go as expected. ISRO chairman K Sivan had described the crucial last-minute moments earlier as “15 minutes of terror” when Lander Vikram would go independent, with zero contact from ground control to supervise it.

On Saturday midnight, during those diabolical 15 minutes, the spirit of the entire team and nation turned into desperation after Lander Vikram lost every bit and trace of communication with the ground station with just two minutes left to complete the mission. Lander Vikram was just 2.1 km above the lunar surface.

The complex power descent system was first time taken up by ISRO which played an important role in reducing the speed of the Lander from 1.6 km/second to zero in a controlled way. The setup involved five thrusters which would be fired in stages to bring down its velocity.

Although a few simulations and testing had been meticulously carried out on earth, there were intricacies entailed in accomplishing the same on the moon as it lacked atmosphere and the gravity is one-sixth of that of earth.

After an unsuccessful attempt by Israel to do the same this April, ISRO tried to learn from those mistakes and had further strengthened the lander’s sensors to save it from the clutches of human error. In case of any delay in communication from the earth’s side, the Lander was programmed to make decisions on its own.

But sadly the lander could not control the velocity during the last two minutes due to which it couldn’t soft-land on the moon.

ISRO has proclaimed that almost 95% of this mission has been successful. The Chandrayan-2’s Orbitor will be reportedly orbiting the Moon for seven long years and will be collecting essential data about earth’s only Satelite to aid in further research.

At the time of writing this article, ISRO had reported that Vikram Lander had been located by the Orbiter which was orbiting 100 km’s above the Moon’s surface by the means of thermal imaging and efforts were being made to reestablish contact with the lander before it ran out of juice.