Home News Lifestyle Your Comprehensive Guide To CES 2020 – From Intel to AMD to... 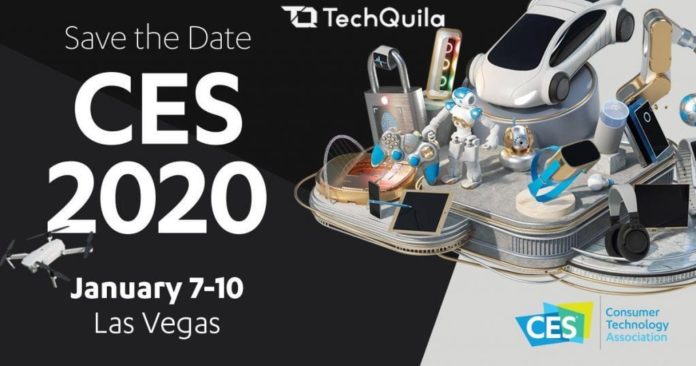 CES 2020 is here. Read through our in-depth guide to know what to expect from the coming days.

Formerly an acronym for Consumer Electronics Show, CES is the annual trade event held at Las Vegas every January where all the latest innovations in the Consumer Electronics industry is showcased. There will be keynotes and conferences, with tech ranging from Televisions and smartphones to refrigerators and Robot Dogs.

The Consumer Technology Association (CTA), the ones who organize the whole thing, have said that this year’s show will have a greater focus on travel, tourism, data analytics, and improving customer experiences. Flashy tech and glam will still be around with cutting-edge TVs and smartphones (read 8K and 5G).

CES 2020 will officially run from January 7 – January 10, but the media previews and press conferences start from as early as January 5, which means its already begun in a way.

“Cool, Get Me Into The Event!”

Unfortunately, the event is primarily a trade show and CES isn’t open to the general public. There’s a set of guidelines on who can enter which you can check out here. There are almost 1,80,000 attendees each year, so it’s understandable they’d have some guidelines. Worry not though, all the news and updates will be delivered to you right here, so stay tuned!

If you are one of those going there though, we’re sure you’ve already gotten your passes from here. Check out the experience from a former attendee to know what to look out for here, and don’t forget the map!

Alright, Who’s Going To Be There at CES?

Nearly every major consumer electronics player will be expected to be there. Samsung, Sony, LG, Amazon, Nikon, Facebook, Microsoft, and the list extends to over 4500 companies. Check out the whole list here.

Of note is the appearance of Apple after almost 28 years of gap, albeit in a different vein with a discussion on privacy and no probable showcases.

There will also be corporate keynotes by global industry leaders like Hyun-Suk Kim (President and CEO of Consumer Electronics Division, Samsung) and keynote talks by other major players, of note Ivanka Trump. Here is the full list.

With this many players involved, the schedule is notably extensive and frankly overwhelming to take in. We’ll list out some of the major events worth checking out, though you can always get the whole schedule here.

Expect a demonstration of the new Nvidia Shield TV and the Nvidia Shield TV Pro, which have been showcased since the past October. Last year saw the unveiling of the GeForce RTX Mobility Cards, and the RTX 2080 and other cards for gaming laptops. We hope they have some shiny new tech this year as well. If rumours end up being true, we might finally see the unveiling of the Geforce Ampere cards, which should provide a significant boost in performance and efficiency due to being manufactured in the new 7nm process.

Intel has had a long history of using CES to unveil its new chipsets. CES 2019 had them showcase the first 10nm Ice Lake CPU based on the Sunny Cove architecture. This year we expect them to announce some new 10nm CPUs with desktops in focus, and perhaps the long-awaited unveiling of their discrete GPU (the Intel Xe GPUs) among other midrange and lower-end CPUs.

AMD has already announced its range of desktop and mobile CPUs the past year, making it unlikely they’d bring in more CPU refreshes this early. Expect AMD to potentially reveal its new lineup of flagship GPUs as successors to CES 2019’s 7nm Radeon VII GPU. A range of laptop-based CPUs and GPUs is also rumoured to be shown.

Back after almost 28 years, Apple will be using CES 2020 to hold talks and share their views on consumer privacy along with Facebook executives and a commissioner from the FTC (Federal Trade Commission). They are also reported to be showcasing the new HomeKit Smart home platform, with some partners demonstrating Siri-compatible hardware. Who knows, we might even get a peek at the Gaming Mac that Apple is reportedly working on.

This is the first appearance of OnePlus at CES, beginning the mysterious press invites it sent out a while back with bare details. It did reveal back in December that it intends to showcase the OnePlus Concept One, a handset-device said to bring about a vision of what the future holds.

According to Wired, the OnePlus Concept One has ‘invisible’ rear cameras with the use of electrochromic glass. This is an electronically tintable glass, which can hide the rear camera lenses behind the flush glass rear of the handset, revealing the trio of sensors only when they’re in use. There are rumours it may be foldable or even holographic.

Other than that, we expect them to launch the new true wireless earbuds, and perhaps the mid-range smartphone the OnePlus 8 Lite. Maybe even a US-launch of the OnePlus 4K TV, already available here in India.

Samsung is a well-known and major CES regular, with huge showcases and the latest in their TV technologies, like the 219-inch TV “The Wall” from CES 2019. This year it’s pretty much guaranteed to showcase its new line-up of bezel-less, all-screen QLED TVs, based on a patent, and other 4K and 8K displays.

Samsung also revealed the Galaxy Flex Book α(alpha), a convertible QLED laptop with an incredible 17.5-hour battery life. The new Galaxy S10 Lite is also going to be shown at the convention.

Look out for new improved monitors and solid-state drives. And a bunch of innovative projects from its “C-Lab Projects”, such as a virtual keyboard and an interactive humanoid robot.

LG usually comes in all guns blazing, announcing smart washing machines and OLED TVs to smart cupboards(which steams your clothes) and mirrored doors with touchscreens. Not to forget the rollable OLED TV prototype it showcased at CES 2019 and a bunch of mid-range Android smartphones.

This year, LG has confirmed it’ll be showing off a brand new range of OLED 8K TVs which are the first to have officially received the 8K Ultra HD certification according to CTA. LG has hence branded these the “First real 8K TVs”, throwing the ball in arch-rival Samsung’s court.

On the more innovative front, LG is expected to showcase the updated take on the rollable OLED TV, which now rolls down from a ceiling instead of a furniture piece. We could also have a commercial debut of the transparent OLED TVs from last year, albeit expensive and perhaps geared towards businesses.

LG has also revealed that it’ll announce the new lineup of soundbars featuring something called the “AI Room Calibration”, something which “automatically adjusts the sonic properties of the higher-end models to better match the acoustics of the room.”

Expect the release of a few new smartphones and more unexpected showcases which we will cover here.

There’ll be more TVs, perhaps 950, 850, Z- and A-Series lineups, though it’s not confirmed. Expect updated Dolby Atmos soundbars and 360 Reality Audio formats as well. It’s also highly likely there will be a minor tease for the highly anticipated PlayStation 5 (PS5) and PlayStation VR 2 (PSVR2), though a full debut is highly unlikely. Given that Microsoft has already revealed their cards with the Xbox Series X reveal, we might finally see the PS5 in action here.

Qualcomm just had its Snapdragon Tech Summit last month and is hence unlikely to reveal any new hardware at CES 2020. Expect a showcase in 5G technology for consumers along with its partners, and developments in its smart home appliance and autonomous vehicle tech.

Honda is poised to showcase a bunch of concept mobility technologies, ranging from driver alerts for pedestrians out of line-of-sight around corners(SAFE SWARM) or the “Honda Energy Management Concept”, designed to show how portable automotive battery packs can double as a power source for homes.

There’s also Houndify, Honda’s take on Alexa and Google Assistants, in collaboration with SoundHound, and some other mobility technologies that involve the use of virtual reality and augmented reality.

We’ll be on the lookout for any interesting reveals at CES 2020, as even the lesser-known companies can make big waves. Check back here as we keep you updated on the latest in CES 2020!