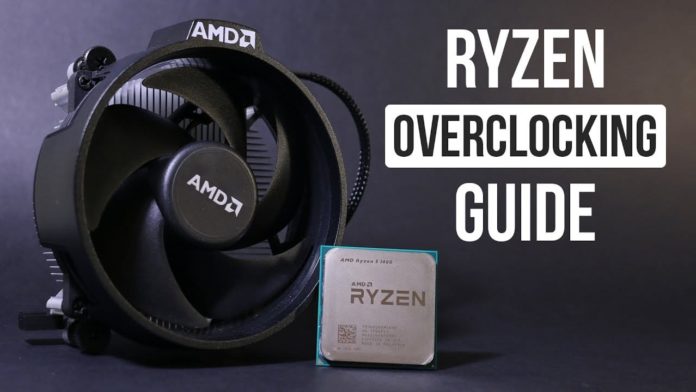 AMD’s Ryzen CPU architecture comprises 4-core clusters called CCX and each such CCX is interconnected by the Infinity Fabric(IF). A couple of weeks ago, we reported how a bump in IF frequency can greatly improve performance as it increases the speed of inter-CCX communication. Now, an unofficial CCX overclocking utility called “Work Tool” has been updated by renowned overclocker shamimo1978 to further extract performance by individually OCing a CCX. This is especially helpful since one CCX can be a more capable overclocker than other(s) but was previously forced to run at the speed of the slower CCX. Single-core OC within a CCX was also bugged as the other cores had to have a 1GHz deficit to remain stable.

Each CCX has 4 cores/ 8 threads (thanks to SMT) and the vast majority of applications today, including games, should benefit substantially with a decent OC.

For ease of use, shamino1978 has posted 2 separate versions of the tool. The bigger one allows the user to set the voltages(VID). Experienced overclockers, like The Stilt, however, has definitively recommended to set the voltage manually and not select Auto or Offset since the VID appears to go berserk and can permanently damage your motherboard or CPU in the process by setting the voltage too high.

To sum it up, I would only advise experienced overclockers with insanely good VRM cooling to use this tool as it appears that the risk may be too great for the rewards and we do not want anyone to burn their houses down over a 10% boost in performance. The FCLK (IF) frequency overclocking, that we reported earlier, seems to yield the best returns as it doesn’t involve much hassle and is relatively easy to apply.