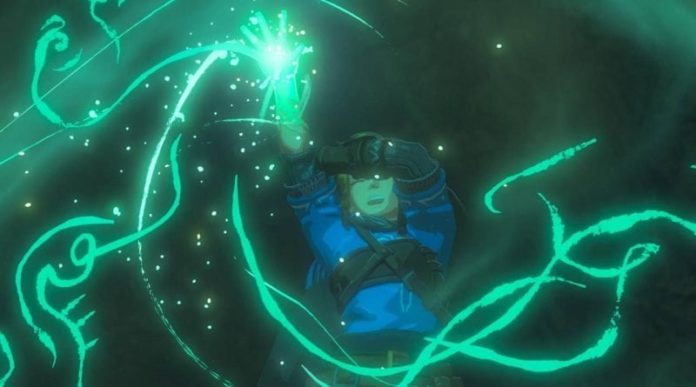 At Nintendo’s E3 presentation tonight, it looked like things were just about wrapped up. They had covered Animal Crossing, Smash Bros., Luigi’s Mansion, and everything else fans would have expected. However, as it turned out, before the curtains closed, there was one more surprise that Nintendo had in store for us, one that I can safely say no one was expecting.

A sequel to the behemoth that is The Legend of Zelda: Breath of the Wild.

The minute-long trailer shows Link and Zelda exploring the dark underbelly of a cave, with odd paintings on the wall, similar to the ones used in the cutscenes of the original game. While they do this, an eerie melody plays, with a strange green light being shown to be emanating in a spiral from a spot. It sounds like a song being played backward, and it gives off a creepy vibe. A dark substance pours over the ground, covering what looks like a mummy. A rapid sequence of images are shown, and the mummy is brought back to life, its bright red eyes staring right at the player.

Outside, something erupts around Hyrule Castle…

No further details were divulged, other than the fact that this title is now in development. It will be extremely interesting to see what direction the game takes, with the trailer already reminding many players of a similar creepy Zelda game that also happened to be a direct sequel. Nevertheless, from someone who was expecting this to be DLC for Breath of the Wild, I am overjoyed and excited to see what comes next.