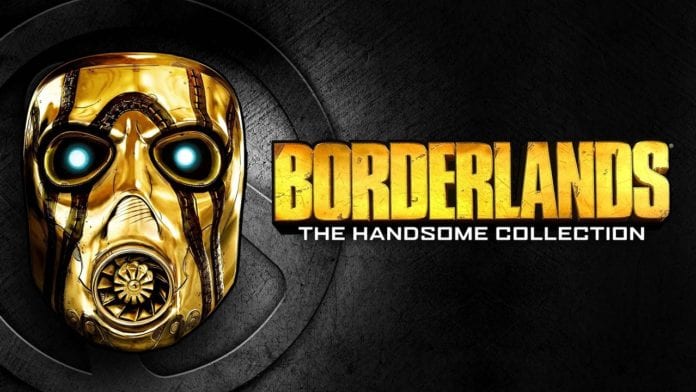 So the leak has turned out to be true, and Borderlands: The Handsome Collection has gone free to keep on the Epic Games Store for the week.

Grab the freebie at the store before June 4, 8:30 PM IST, and it’s yours to keep forever. The Handsome Collection consists of Borderlands 2 and Borderlands: The Pre Sequel, though not Borderlands 3, but it includes all the bonus content and DLCs. It usually has a $39 price tag, so better pick it up while it’s free.

If the giveaway follows the leaked order, as it has been doing for the past 3 games, the next freebie will be ARK: Survival Evolved from June 4.

Two weeks ago, when GTA V went free, Epic’s servers went down for almost a day due to hundred thousands, if not millions, of people hungry for some free Rockstar action. They then pushed some changes to their servers to handle the massive surge. But that wasn’t all. It then led to Rockstar’s servers being bloated with players, leading to connection issues for every single player online, even the ones who paid for the game.

But Epic didn’t go down when Civilization 6 went free last week. Partly because they upgraded their servers, and also because well, Civilization just ain’t GTA. Borderlands is one of the hottest shooters out there, but then again. GTA is GTA.

Launched back in 2012, Borderlands 2 is regarded as the best in the series in terms of level design and story. Borderlands 3 improved upon the second’s gameplay, for sure. But 2 will forever remain an unforgotten classic. 8 years later, it still has a decent amount of players exploring the vast lands of Pandora. Its Overwhelmingly Positive rating on Steam says a lot, with over 140k reviews averaging at a 95% positive rating.

About the leak, some say it was a planned leak by Epic to gain attention prior to the announcement. And it has proven right till now, and probably will for the next game, ARK Survival Evolved, as well. Well, deliberate or not, it worked for sure. The news about GTA V going free was all-over the internet days prior to the reveal. How do you feel about Epic giving out freebies to gain users? Let us know in the comments.