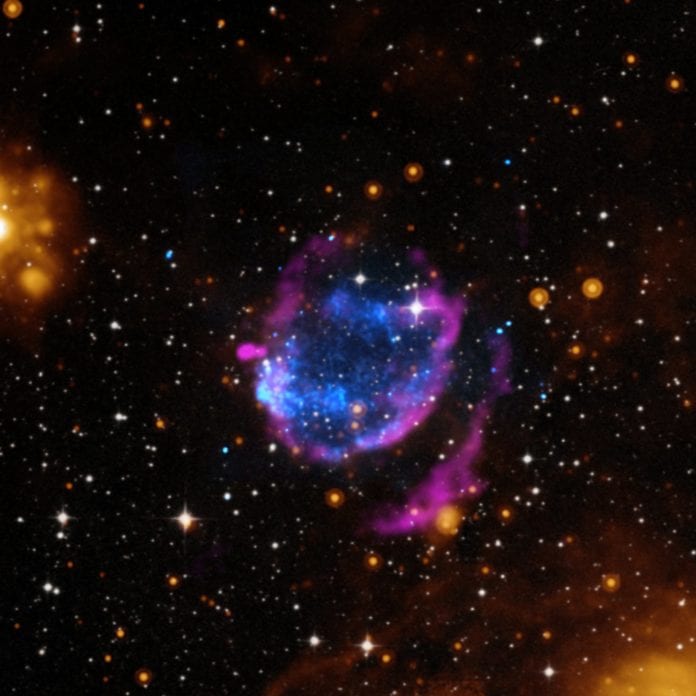 Blasts are commonplace in the Universe. They happen all the time in every corner of the vacuum of space. However, certain explosions are very interesting to the researchers who scan the visible Universe. These blasts come in all sizes, big and small. Some blasts are so small in magnitude that we cannot notice them even on close observation; on the other hand, there are blasts so powerful that they are almost impossible to miss. One of them is supernovae, which can be thought of as the last breath of a massive dying star. We have spotted many such supernovae and have learnt a lot about the nature of the stars that produce them.

There are forces at play when a star massive enough to produce a supernova dies; these forces act under extreme temperature and pressure, which results in the dazzling show of light that is a supernova. To better understand these forces, researchers at the Georgia Institute of Technology have built a machine that can emulate at a smaller scale, what goes on inside a supernova. This machine can help us study and better understand how the different constituents of a star interact during the explosion and maybe provide us with a better understanding of what it is that these blasts go through.

The device itself is small and doesn’t aesthetically show the astounding things it is capable of. It has the same physical dimensions as a door, except for its shape, which is triangular. The tip is the site of the explosion, and the rest of the box is like a conductor, made to conduct the shockwaves that have been produced by the explosion through the rest of the device, which contains two layers of gas, which are illuminated by laser beams. The device is simple in its construction; however, it does the job wonderfully well.

It has been designed to mimic the reaction of the dense layers of gasses near the core of an exploding star. The reaction and turbulence produced are photographed by cameras designed to capture moments at high-speed. There are also internal scales that can help researchers extrapolate data to astronomical speeds. The chamber can mimic the blasts of supernovae with great accuracy and can do it in short notice. The chamber required some innovative engineering to contain the blast and make its consequences visible to the high-speed cameras.

This machine is truly a modern engineering marvel, and it will help us uncover the mysteries surrounding the events that go on inside an exploding star. The implications of this machine on the physics of a supernova are yet to be determined, but it seems like it will be a great asset.