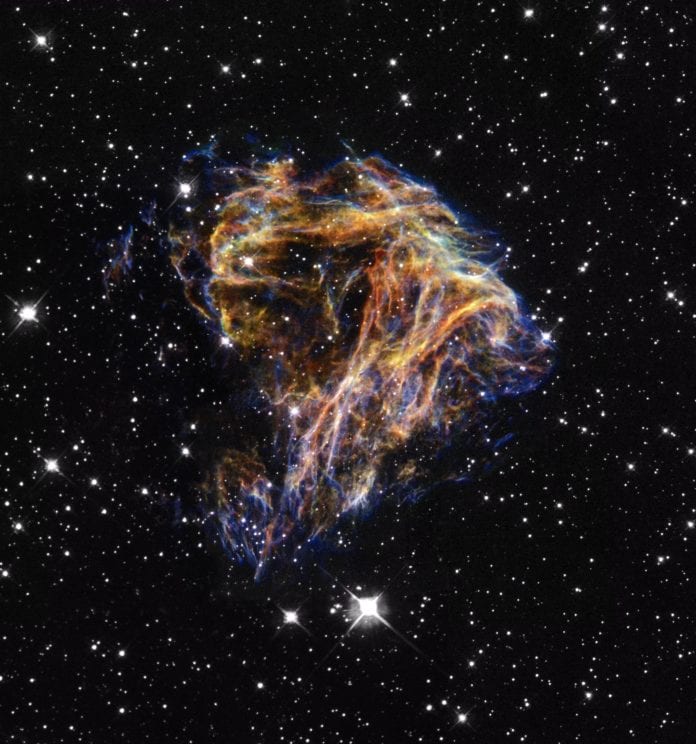 The existence of Black Holes is common knowledge to even those who are not privy to the fundamentals of astrophysics. These popular balls of darkness have captured the public’s imagination ever since the famous astronomer Carl Sagan talked about them in his highly acclaimed series Cosmos. Nonetheless, black holes remain amongst the most mysterious objects that we know of. Physicists are working to resolve some of the problems the existence of such entities present us with and are trying to figure out how they behave and interact with other celestial bodies.

Until recently, the prevailing opinion was that when black holes collide, the chaos that follows is wrapped under thick layers of darkness. Black holes themselves are notoriously famous for not even letting light escape from their clutches, so it follows to reason that a couple of them would do the same. As researchers have realized now, this line of thinking is flawed.

First visual confirmations have been reported as astronomers have sighted the merger of two such black holes for the first time. One of the things that they observed was that Black Holes merge with a luminous output of about a trillion times that of the Sun.

A fascinating thing about this observation was that we knew, a year in advance, that such a merger could be seen from Earth. The previous detection of gravitational waves by LIGO was of the gravitational waves generated by this very event. The latest data seems to suggest that the collision of two black holes is marked by highly illuminated dust and gas. The events, which took place within the accretion disk of big black holes were visible to the traditional optical telescopes because of the sheer strength of the illumination.

The supermassive black hole in question was under the scanner of astronomers for quite some time now as it had been displaying some abnormal tendencies. The astronomers are very sure of the conclusion that they have reached; however, there remains a very small window of doubt that something other than a black hole merger could be responsible for this.

The researchers are waiting for the detailed analysis report by the LIGO team about the alleged merger. The report, which would be drawn from the data of gravitational wave detection, could prove to be a game-changer. If the report and the observations by astronomers line up, this could mark a new era in our detection capabilities.

The observation was not easy to make as the astronomers had to pinpoint the source from amongst the countless luminous objects in space. However, they were able to do it and now stand on the brink of concluding a potentially game-changing experiment.